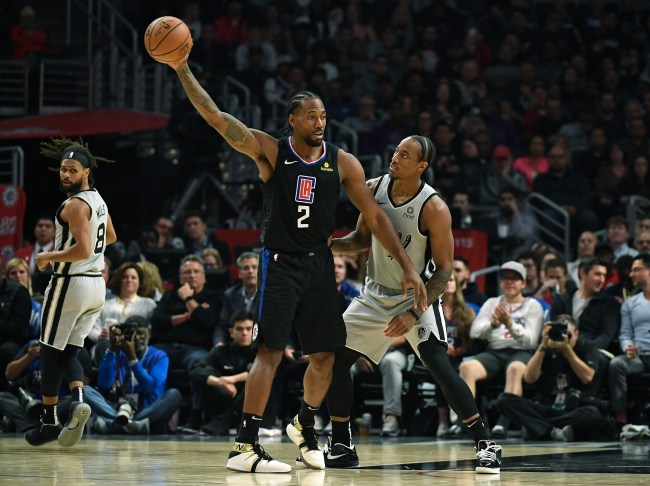 It has become clear over the past couple weeks that Chuck just wants to watch the world burn.

If you thought Barkley telling Klay Thompson to his face that the Warriors stink, the dynasty is over, and the best of his career is behind him was as savage as a human being can get, you didn’t tune into last night’s Inside the NBA.

During his post-game color commentary of the Clippers 103-97 win over the Spurs on Thursday night, Chuck chimed in after Kawhi Leonard stole the ball from DeMar DeRozan and sailed in for a breakaway dunk. That is when Chuck went full Macho Man Randy Savage on Mr. DeRozan.

Charles Barkley "Took a ball and a country from him"
😂😂😂😂 pic.twitter.com/0UpxbeZvwm

If DeRozan was making strides coming to terms with the fact that nine seasons of being the poster boy for the Toronto Raptors went all but up in smoke after Kawhi came in for a cup of coffee and won a championship, those strides were erased Thursday night.

If it’s any consolation, Chuck has historically been extremely complimentary of DeRozan, calling him ‘the most underrated star in the NBA‘ and picking the Raptors to win the East in his final season with Toronto.

Reporter: "Charles Barkley picked the Raptors to win the Eastern Conference. How does that feel?"@DeMar_DeRozan: "I love Chuck."

Reporter: "The rest of the @NBAonTNT panel was skeptical…"@DeMar_DeRozan: "I love Charles Barkley." pic.twitter.com/c3VoOuHWQ2

It remains to be seen if DeMar still holds this opinion of Chuck.