Charles Barkley Shared His Keys To A Long And Happy Marriage, Other Philosophies Of Life 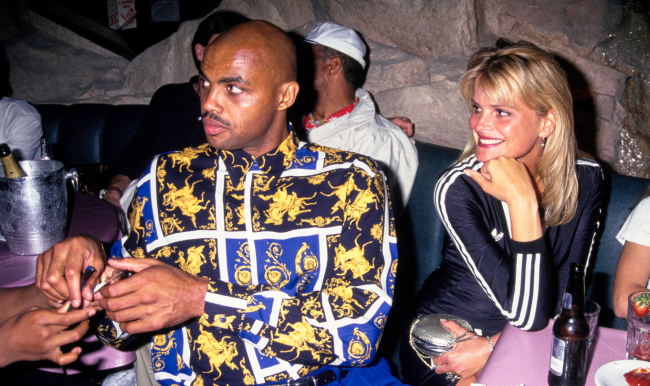 Recently, on The Sessions With Renee Paquette podcast, NBA Hall of Famer and current NBA on TNT analyst Charles Barkley was asked what his secrets were to having such a long and successful marriage.

Barkley, who has been married to Maureen Blumhardt since 1989, told Paquette, “Well, number one, I’m gone a lot. That always helps,” eliciting a good laugh from Paquette.

“I think the main reason is she accepts me flaws and all,” he continued. “Like, this thing is so hard because the one thing about being in the limelight, people only look at the good stuff. There’s a lot of crap that goes on behind the scenes. And I used to take it home all the time. I don’t take it home anymore.

“I mean, you got jealousy… you know, it’s a lot of stuff that goes on, especially when you’re the best player on the team because you get too much credit, you damn sure get too much blame, so you’re plugging holes all the time.”

“I mean, we all got flaws, we all want to do some things differently.”

Barkley went on to discuss how he never wants to be someone who piles on people who know they have made mistakes and done things wrong.

“I want to be the guy, like, ‘You know you’re wrong, you admitted you were wrong, but I want to give you some grace … I never want to be that a–hole, like, ‘you’re down, let me kick you while you’re down.'”

Interesting stuff from Chuck, as usual.