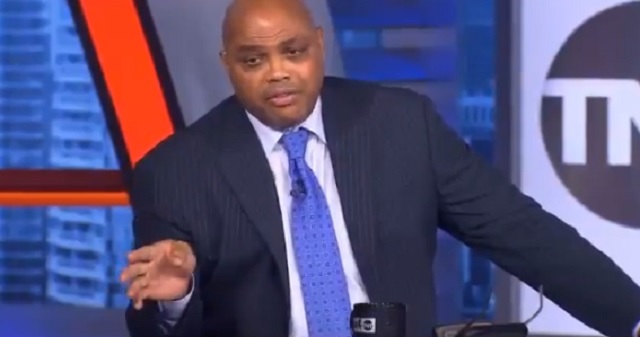 Charles Barkley and Inside The NBA crew have reacted to the Montrezl Harrell-Luka Doncic situation.

During game 3 of the Clippers-Mavericks series on Friday, Harrell called Doncic a “bitch ass white boy” during the game.

On Sunday, Harrell apologized to Luka directly before today’s game 4 for making the comment.

Montrezl Harrell apologized to Luka Doncic pregame for comments he made about Doncic in Game 3. pic.twitter.com/L9Ej5I3AmO

The Harrell-Luka situation became a topic during Sunday night’s Inside The NBA which featured Charles Barkley arguing with his crewmates Shaquille O’Neal and Kenny Smith about why Harrell was wrong.

Charles Barkley on Montrezl Harrell situation "You don't get to have a double standard' pic.twitter.com/roD2jBQuxQ

Charles Barkley: Listen he was wrong and he apologized…If he (white guy) would have said that to a black guy, you don’t get to have a double standard, Montrezl Harrell was wrong. He shouldn’t have sait it.

Shaq: There is no if…only sensitive people think that

Charles Barkley: If a white guy would have said that.

Shaq: But there ain’t no if.

Charles Barkley: There is an if, the reason he apologized is because he shouldn’t have said it.