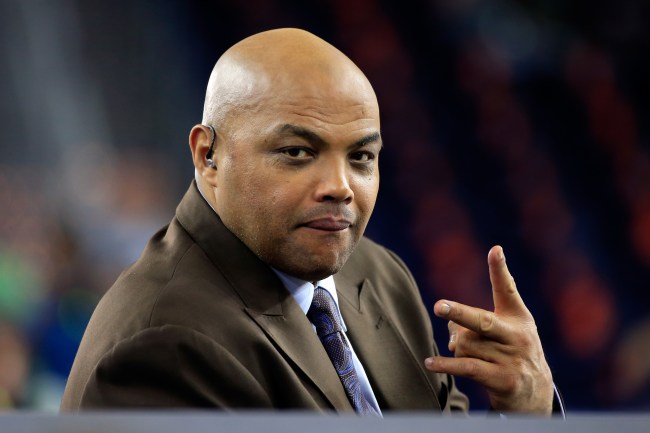 Charles Barkley played his entire NBA career at a stout 6’6″, proving that, although undersized, he could dominate with the big boys in the post. Combining an inside-outside game that was lethal to defend at the time, Sir Charles was able to hit outside shots and play in the paint, while muscling for rebounds — where he ended his career as one of the league’s top-15 all-time leaders in the category. Not too bad for an undersized guy, right?

Fast-forward to today’s NBA game, Barkley would be even more of a weapon than he was during his playing days, with many comparing his combination of size, strength and ability to a guy like Zion Williamson, who has a similar frame as Barkley. However, that doesn’t mean that the current TNT analyst is a fan of team’s going small — as he’s voiced a number of times before.

Well, Charles Barkley recently went on The Dan Le Batard Show to give his thoughts on the Houston Rockets‘ recent strategy to play small, imploring a lineup that consists of every starter being under about 6’5″ — which is quite the experiment, and one that Barkley is pretty certain won’t help the team succeed in the playoffs. Take a look below at what he had to say.

"I don't think you're going to win with putting a little bunch of leprechauns out there."

—Charles Barkley on the Rockets 😭 pic.twitter.com/IOqKihRuVx

“It’s nothing personal. I don’t think you’re going to win with putting a little bunch of leprechauns out there because you’re going to get worn down over a seven-game series,” said Barkley. “And when you start playing elite teams, they’re going to be just as good offensively but much better defensively and on the rebounds.”

It’s a hilarious take by Barkley, which we know he’s often known for, but also a pretty spot on one. Sure, the Golden State Warriors proved that a team could win championships with a small lineup — which they did three times in four years from 2015-18 — but that team had more length and better shooters than the Rockets currently do. Is Houston really going to outmuscle a team like the Los Angeles Lakers should they meet in the playoffs, which boasts the likes of LeBron James and Anthony Davis down low? Absolutely not. And it’s difficult to imagine that strategy working in a seven-game series.

Barkley’s opinion comes on the same day that an ESPN article was published about the Rockets’ small ball lineup and style of play, too, which gave some telling quotes about how to match up with it.

“It’s kind of a unique team in that our little guys can guard big guys,” Houston coach Mike D’Antoni said, citing a significant factor in the Rockets’ decision to commit to small ball, a style that has unleashed Russell Westbrook to wreak havoc with the floor wide open because of shooting threats surrounding him.

Opponents might be able to shoot over Tucker, Gordon or Harden, but it usually won’t be from the spot they want, and they won’t elevate with great balance as the shot is released.

“Teams think they have a mismatch by going inside,” a scout from an Eastern Conference team said, “and they don’t.”

Nobody will know for sure how the Houston Rockets’ small ball lineup will fare until the NBA Playoffs, which will test their depth, their discipline and endurance, because, as Charley Barkley mentioned above, the postseason is a grind that can wear guys down over a (potentially) two-month period. Still, it’ll be incredible to see if this thing works for them given the personnel the Rockets have.