Charles Barkley Jokes About How He Was Fat While Playing, But Zion Williamson ‘Doesn’t Look Fat At All’ 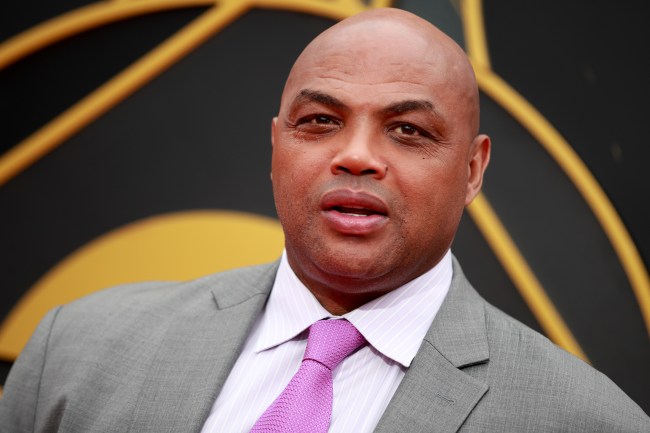 Charles Barkley isn’t one to beat around the bush, which is one of the main reasons why people can’t get enough of the fun-loving Basketball Hall of Famer and current TNT personality. And because Sir Charles doesn’t hold back on being as honest as possible when it comes to things, when he was asked about all the fat shaming people are giving Zion Williamson after a few unflattering pics popped up from Summer League, Barkley came to the defense of this year’s No. 1 overall pick.

In true Barkley fashion, he joked about how he may have been fat during his NBA playing days — he was 6’6″ and 300 pounds coming out of Auburn in the 1984 NBA Draft — but that Zion Williamson is anything but. Talking to Mike Greenberg and Jalen Rose on ESPN’s Get Up this morning, here’s what Charles Barkley had to say about any of those people trying to question Williamson’s current weight.

“I was fat,” said Barkley. “They’re gonna have to do some really interesting tests on Zion’s body, because he doesn’t look fat at all. I was fat so I needed to lose weight. I don’t know what Zion’s perfect body weight will be. I thought 300 was my perfect playing weight in college. I had to lose 50 pounds to become a Hall of Famer. I think he’s got a great system in New Orleans. I love David Griffin and Alvin Gentry, but they’re going to have to come up with a comprehensive plan to see what the perfect playing weight is.

“I hear he weighs 280 and he can’t play at 280 in the NBA. He can’t play at that weight, it’s too much stress on his knees. He’s so big and he’s so strong, but everybody in the NBA is big and strong.”

And, for those who prefer video form, take a look at a clip of Barkley from Get Up below.

Zion Williamson is listed at 6’7″ and 285 pounds, so, like Barkley as a rookie, the New Orleans Pelicans rookie has some heftiness to him. But he’s more explosive than Barkley ever was. More athletic. And, while he’s definitely bulkier, too, his new franchise will, presumably, do anything they can to make sure he stays at a healthy playing weight.

For all those worrying about Zion Williamson’s current weight, Charles Barkley doesn’t want to hear it, so let’s all just see how the kid looks once training camp and the preseason starts. As his former college coach, Mike Krzyzewski said, the dude probably shouldn’t have even been playing in Summer League because he was a bit out of shape from all the banquets and events.