Charles Barkley Rants: ‘The Only People Who Are Not Vaccinated Are Just A**holes’ 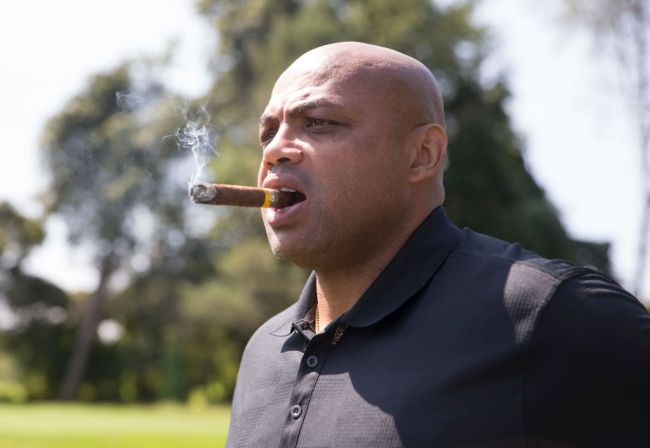 In the wake of the Operation Warp Speed rollout, the NBA’s plea to stars to participate in vaccine PSAs went over like a Fergie National Anthem.

NBPA executive director Michele Roberts told Yahoo Sports in February that discussions about the vaccine with players  ranged from “Hell no, I’m not taking it” to “Why can’t we take it sooner?” LeBron James dubbed the vaccination topic a “family” matter. Doc Rivers cited the ethically abusive Tuskegee Study in the 30s-70s as a cautionary reminder.

As it stands today, while up to 90% of NBA players reportedly have at least one shot (above their MLB and NFL counterparts), Charles Barkley is calling out the other 10 percent (about 50 players) and the 43 percent of the United States who haven’t yet received at least one dose.

“The only people who are not vaccinated are just a–holes,” he says.

“Can you imagine if one of these guys that are not vaccinated, if they get one of these players’ kids, wives, girlfriends, moms and dads sick and they die over some unnecessary conspiracy bulls—,” Barkley says. “I think that would be tragic.”

Barkley equates athletes holding out on vaccines to the plight of the rat race for everyday Americans, and claims vaccinations should be mandated by respective leagues.

“There’s s— you can’t do at work and there’s s— that have to do at work,” he says. “So every workplace has rules and I think one of the rules [should be] that guys have to be vaccinated.”

At the time of this writing, unvaccinated currently represent over 97 percent of people hospitalized, and 99.5 percent of Covid-related deaths.