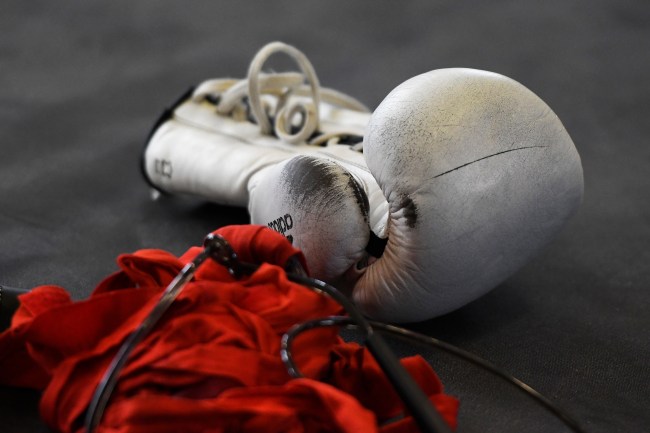 The good news for Cheyenne Hanson is that she improved her boxing record to eight wins in nine bouts and won the vacant BDB International German Championship.

The bad news for the 23-year-old German fighter is that she temporarily morphed into Sloth from The Goonies, and the photos will be on the internet forever.

During her match with Ukraine’s Alina Zaitseva, the pair accidentally collided melons. Giving the significance of the swelling, the referee had no choice but to call the match and award Hanson the victory via technical decision, as she was ahead on the scorecard.

For reference, this is what Hanson looks like without a football growing out of her face. Objectively attractive.

This is the same person.

Luckily, on Monday Hanson revealed that the swelling had gone down significantly, though the bruising is sticking around for some time. She will now know what it’s like to live like an Ugly like the rest of us. I’m projecting.

Moral of the story: A W is a W any way you can get it. Can someone give Cheyenne some victory chocolate for God’s sake.

You ever have a dream where someone you know is in it, only they're horribly disfigured/ugly?

Happened to me for the 1st time last night. Someone I used to consider beautiful looked a bit like Sloth from the Goonies in my dream (only Sloth had a heart of gold). pic.twitter.com/RGNqm1MMPA