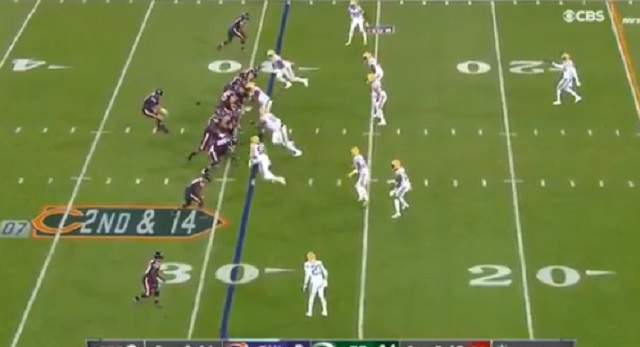 Tonight’s Thursday Night game between the Bears and the Packers has been terrible thanks to the Chicago Bears awful play. Thankfully the game is being streamed by Amazon and for whatever reason there is an option to listen to an ESPN UK feed which features ESPN soccer’s Tommy Smyth providing commentary.

Watching the Bears suck with British announcers somehow made the game watchable and hilarious.

What's better than the Bears sucking? THE BEARS SUCKING, ANNOUNCED BY A BRITISH GUY pic.twitter.com/ORDr378y3c