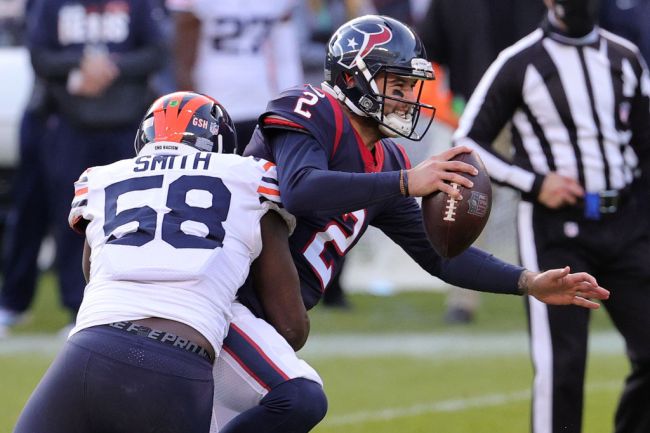 This week, the Chicago Bears became the latest team to have one of their stars request that they be traded in the midst of a contract dispute.

The star who has decided he wants to move on from the Bears is Roquan Smith, who is entering the final year of his rookie contract. During their negotiations with Smith for the new contract, the Bears had placed Smith on the PUP list for training camp. That kept him from having to worry about being fined for missing practice during the negotiations.

Today, that changed. Today, the Bears opted to activate Smith from the PUP list.

As a result of this move, Smith will be subject to fines for any practices he misses beginning tomorrow.

It could also just mean that since Smith has decided he no longer wishes to remain with the Bears, they are no longer interested in allowing him to avoid the fines that come with holding out of practice while they look for somebody to trade him to.

If it’s the last of those options, the Bears should have no trouble finding teams interested in trading for Smith. Smith has been named to the NFL’s All-Pro 2nd Team in each of the past 2 seasons and is still just 25 years old.

Unfortunately, it seems fans will have to wait and see if Smith is at practice before there will be any indication of the actual reason why the Chicago Bears made this move.