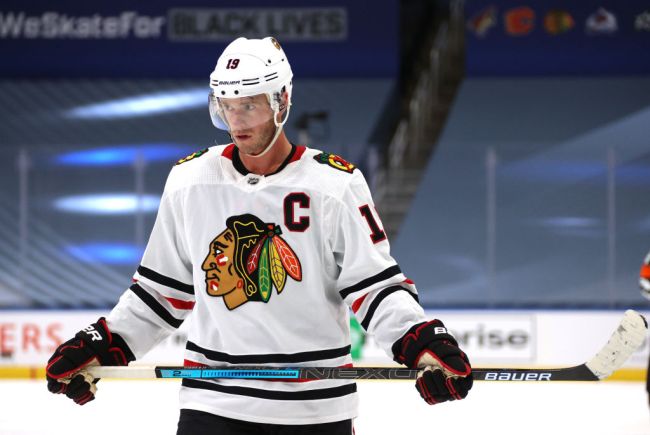 With the Washington Football Team removing its name and logo and the Cleveland Indians reportedly set to get rid of their name by 2022, some of the attention has turned to the Chicago Blackhawks and their name and logo.

The Blackhawks logo is somewhat similar to the old Washington logo, so questions immediately arose about Chicago possibly changing its nickname and logo when Washington got rid of theirs. Chicago expressed a strong commitment back in July that it would be sticking with its name and logo and now in what could be looked at as a response to the Cleveland news, the Blackhawks have doubled down on that stance.

According to Mark J. Burns of Sports Business Daily, team CEO Danny Wirtz held a media call on Thursday and said that the organization would be sticking with its name and brand.

“We continue to deepen our commitment to upholding our namesake and our brand. The work we’ve been doing over the last several months in expand and deepening conversations and partnerhips with the native community, we continue to feel really positive about the types of works we can do, the way in which we can be better stewards of the namesake and the history, and to use our platforms to be educators,” Wirtz sad in part of his statement.

The Blackhawks will undoubtedly get pushback in keeping their name and brand intact. The question here is just how strong that pushback will be. The NHL has a strong fanbase, but it doesn’t compare to those in the NFL and MLB. Whatever the case may be, it’s clear that Chicago leadership isn’t going to change anything anytime soon and will fight to keep the organization’s history alive through its name and logo.