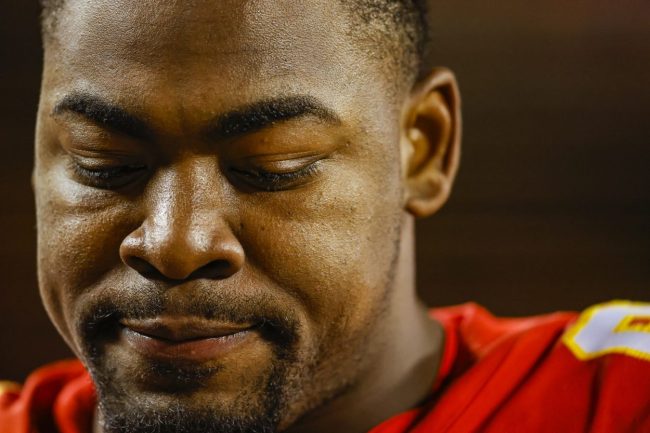 The 18-week NFL season has changed the landscape of the league. Not only are single-season records being broken with the extra week of play, but contract incentives have gained an extra advantage.

When a player signs a contract with a professional team, some of the money is guaranteed. However, a portion of the total contract is oftentimes determined by performance.

Just like in a cubicle job, bonuses and incentives are paid out based on how well a person does at his/her job.

That is also the case in the NFL. If a player reaches a certain statistical mark, he gets paid a contractually-defined sum of money.

Well, Kansas City Chiefs defensive tackle Chris Jones fell gut-wrenchingly short of one of his incentives. He must be really bent out of shape this morning.

If Jones reached 10 sacks in the 2021/22 season, he would get paid out the money. He even had an extra game to get there and got really, really close.

Through the first 16 games of the year, Jones recorded nine sacks. Entering Saturday’s game against the Broncos, he needed just one more sack to earn an additional $1.25 million.

With nine sacks this season, Chiefs’ DL Chris Jones needs one more today vs. Denver to cash in on a $1.25 million incentive for 10 sacks. pic.twitter.com/z3DF4jWTiT

He didn’t get there. Jones had two total tackles and two pass defenses, but no sacks.

On a third-and-long late in the first half, Jones got close. He beat the right guard and had free-range in the backfield, but Broncos quarterback Drew Lock saw the pressure and took off around the edge.

As soon as Chris Jones beats the RG to his outside Lock takes off down the field.

It was so, so close, but Jones couldn’t get there in time to bring Lock down. As a result, he must be sick this morning over the $1.25 million that could have been.