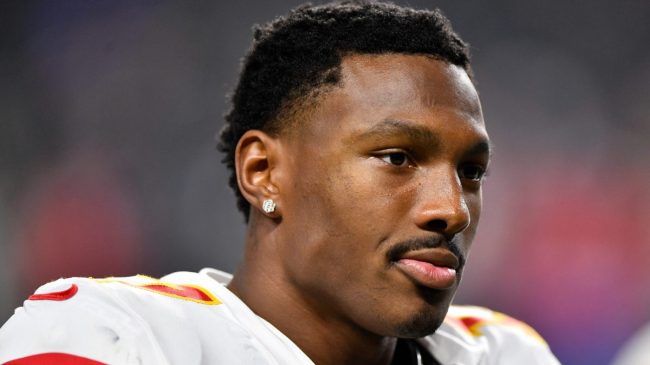 The Chiefs made a surprise move on Wednesday, trading away star wide receiver Tyreek Hill to AFC rival Miami.

The Dolphins have given Hill a four-year extension, good for $120 million, as he now becomes the highest paid wideout in the league. In exchange, Kansas City receives first, second, and fourth round selections for the upcoming draft, on top of two 2023 draft picks.

It was a lot for Miami to give up, but in doing so, they may now have the fastest offense in the NFL.

As for the Chiefs, many are disappointed in giving up their most deadly weapon in the passing game. Patrick Mahomes loses his top pass catcher, meaning the offense is sure to take a hit in 2022.

Today, one former teammate of Hill’s is responding to the recent news of his trading.

Mecole Hardman posted his four-letter response to the trade of Tyreek Hill on social media. He was short and to the point, voicing the feelings of many Chiefs’ fans at the moment.

While Hardman may be disappointed to lose a teammate, he can get excited about the possibility of becoming the No. 1 target in the Kansas City passing attack.

Hill’s leaving should create more targets for Hardman, who’s been a No. 3 or 4 option in the offense over the last few seasons. Many are already predicting a boom for the wide receiver’s production, which could translate into a nice fantasy football campaign, too.

With Hill gone, Hardman should get more looks. He might be sad to see his teammate go, but he could benefit from it in the future.