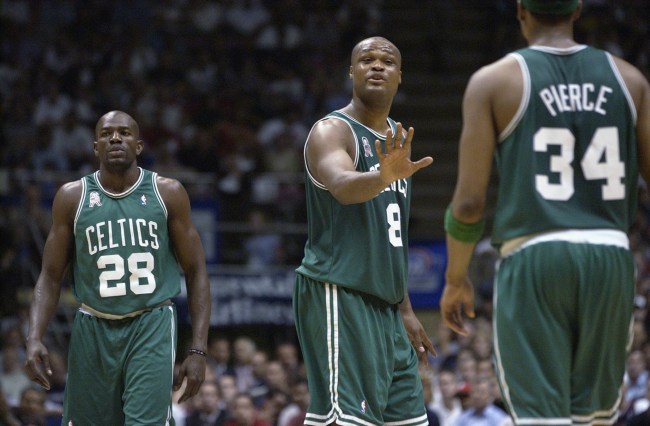 In 6th grade, I developed a staph infection in my ankle. Not the rash-type you know from football locker rooms that share fleshlights without a wipedown. Mine was of a far more sinister order called Septicemia, or blood poisoning, and it built a foxhole in my ankle joint.

It came on fast. One afternoon, after a typically polarizing gym class where I shattered the will of the other “participants,” my ankle started to throb. That night, I went to bed with the ankle wrapped in ice packs. At 2AM, I woke up screaming like a bitch. It felt like someone was driving a metal spike through my ankle, which happened to Jesus but I’m not Jesus so I struggled to turn it into a teaching moment.

Nobody knew what it was. The doctors in Maine were puzzled, useless. At first they thought it was a hairline fracture that didn’t show on x-rays, and they strapped me in to an air cast—one of those sexy pump-up numbers that tightens like a cock ring. Problem was, my ankle joint was filled with staph and the infection was so painful that even coughing made my vision go white with pain. Imagine the feeling of an air-pump cast tightening on a rotting ankle joint.

All of this happened years before my loss of faith in medical practitioners—a disenchantment spurred by a breakup with an aspiring medical student who, now a cardiologist, was perfectly-suited for her field given that she ripped my fucking heart out. But at 11, I believed in doctors, in their machines, in their ability to set aside ego for the sake of a sick child. Silly boy.

I spent a month in the hospital, failing to keep down cups of Motts applesauce and orange jello cubes. My sixth-grade crush came to visit, nightmare of nightmares. That was a rough day. Nobody looks cute puking orange. She brought me chocolate but it was cheap off-brand bullshit so I ended things as soon as I could log on to AIM.

Each day, nurses jabbed at my anemic veins to check my white blood cell count. It was so different from the pornography I’d seen. The infection worsened and my blood pressure dropped. I awoke from one surgery to find a thick catheter snaking into my heart. This became a highway for mainlining antibiotics by the palette. Four times a day, someone would pump a full syringe of antibiotic fluid into my heart. I still remember the sensation of the cold medicine entering my bloodstream like a frost spreading inside my body. By the time my white blood cell count finally returned to normal, I had lost a ton of weight and felt, for the first time in my pre-pubescent life, mortal.

During my hospital stay, I had found a measure of comfort fading in and out of the Celtics games that aired on NESN on my tiny hospital TV. These were the early days of Paul Pierce, Antoine Walker, and I guess Kenny Anderson. Coach Pitino was unpopular because he accused Larry Bird of being old. To the delight of the nostalgic Boston faithful, Pitino would resign mid-season and head off to years of looking the other way as hookers sat on the laps of his Louisville recruits.

I was released from the hospital in December, a few weeks before Christmas. My family was pretty run over by the ordeal. To right the ship, my dad presented me with the greatest Christmas present I’ve ever received: a 10-game package to our Boston Celtics, steeply discounted given that the season was halfway through and all playoff hopes were dashed. Up to that point, I’d only ever been to the local minor league games of the Portland Sea Dogs and the Portland Pirates games. All of a sudden, I was sitting on TEN NBA games?! Holy Potapenko.

Weeknights dad would pick me up from school and drive us two hours straight to Boston. I needed to get there for shootaround to maximize autograph potential. Our seats were near the away basket, and I’d slither in near the railing of the tunnel and wait for guys like Eric Snow (Texas Legends), Austin Croshere (Malice at the Palace), and Rick Fox (Dancing With The Stars)… gallant heroes whose calligraphy would come to pepper the pages of my programs. I remember watching Allen Iverson warm up wearing enough jewelry for a successful pool suicide. He was my role model until Mitt Romney finally popped. No matter how lopsided the score, I wanted to stay until the end. Down twenty with two minutes to go? That’s… five four-point plays and a few steals—the sort of calculation you’d expect from a student of the accelerated math class.

On the far side of the court, my beloved Celtics would come out and tear away their button-up pants as the Fleet Center rose to greet them. Sure, the attendance showed like a bad beard: patchy and disconnected. But that meant I had larger pools in which to play free safety as the t-shirt cannon fired forth during timeouts. I caught three tees that season. Dad only had to apologize to one condiment-covered woman for my zeal.

Due to our seats, I had little interaction with the team I worshipped. I needed a Celtics win, which would mean that one of our players would do a postgame on-court interview, which would mean he might exit on our side if it was closer. And one night, the stars aligned. Antoine Walker hit a monster three (pretty sure it was a bank from the corner—almost impossible to do). The C’s beat Vince Carter’s Raptors and Walker was on press duty as the stadium emptied. I saw him remove the headset and head our way, so I jostled into my position against the railing. I knew an autograph was unlikely, but I wanted some memento from the Celtic with the most pentagonal head in team history. As he neared, the lingering fans started yelling and leaning in, crowding me against the railing. I’d heard of people dying at concerts that way and I wasn’t exactly at full strength, so I started to panic. But ‘Toine was almost upon us, so I dug in and reached out my arm:

I’ll never forget the feeling as our hands met. To call it warm would be unfair to microwave settings. His hand was hot. A waiter would have warned me about it. It was like sifting through afterbirth immediately. Second, it was wet. Soaked. The wettest ever. I could have made papier mâché with the goop he handed me. Imagine someone blowing all the noses of a 4th grade classroom into one dinner-plate hand during flu season. To this day, I’ve never felt sweat so viscous. Closer to porridge, really. Like precum and protein powder soup. You certainly couldn’t drink it through a paper straw.

I pulled away and wiped my hand on my pants, destroying them instantly. They burned the soft skin of my upper thighs, resulting in scars that would never heal. We drove home with the windows down to mitigate the pain. The pants are somewhere at the bottom of the Charles.

Despite the memory, my love of the Celtics persists. But to any parent bringing a young one to a game: if they’re looking for some hand-to-hand contact with their favorite player? Tell them to offer a fist bump instead. Especially if your child’s immune system is compromised.