Chris Broussard Thinks Taylor Lewan Plays For The Bills, Blames Loss Against Titans On Him Being Injured 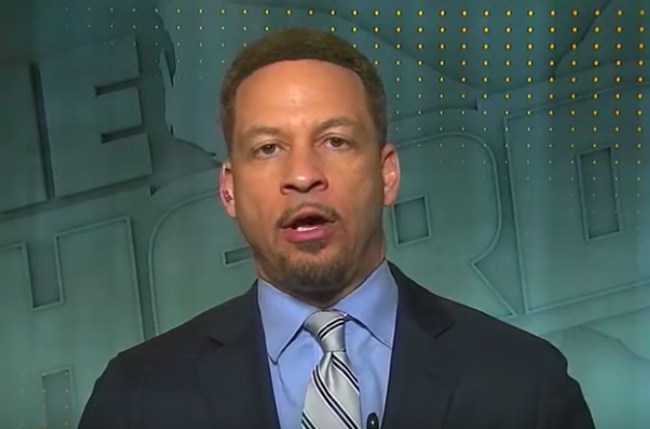 Taylor Lewan plays for the Tennessee Titans, he does not play for the Buffalo Bills. Chris Broussard, who is paid to know these things and then talk about them, doesn’t know this.

Broussard thinking that Lewan plays for the Bills is one thing, but the most ridiculous part of his rant is just how passionate and confident he is with his statements. In his mind, he’s making a great point, but in reality, he couldn’t look dumber if he tried.

Lewan was carted off the field during the second quarter on Monday night after a scary play.

He didn’t return to the game after suffering the injury after diving on a pile after a Derrick Henry run where the crown of his helmet struck the back of a Buffalo defender. Lewan then spun to the ground, before the back of his helmet hit the turf. Titans’ head coach Mike Vrabel didn’t offer much of an update on Lewan’s status after the game but was hopeful that his team’s left tackle would be alright.

When it comes to Broussard, this certainly isn’t the first ridiculous thing he’s ever said nor will it be the last.