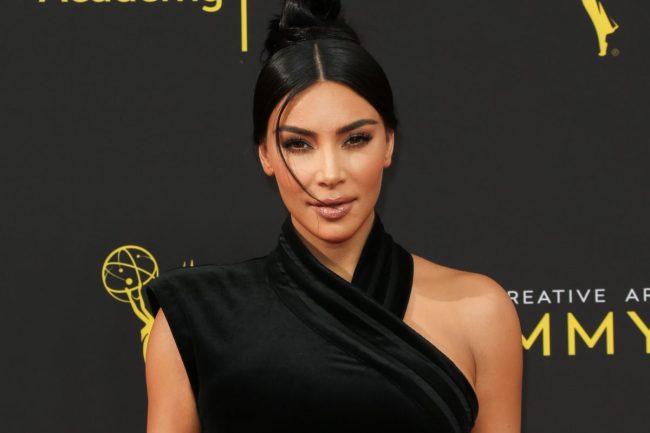 It didn’t take long for folks to speculate on Kim Kardashian’s love life.

The Hollywood star recently broke up with SNL funny guy Pete Davidson. The two had been together nearly a year following Kim K’s breakup with Kanye West.

The relationship between Davidson and Kardashian certainly didn’t come without drama. The coupling drove a wedge between the comic and Kanye, with West constantly calling Davidson “Skete.” He declared the comedian dead after hearing about the split.

Even Kid Cudi caught some strays with the relationship, stemming from his friendship with Davidson.

But with Kim Kardashian walking away, it’s on to the next. And one sports betting page is already guessing on who her next beau will be.

Sports betting page Odds Shark listed their dating odds for Kim Kardashian’s next boyfriend. There were a number of notable names, including Nick Cannon, Jamie Foxx, Drake, and Harry Styles.

Davidson and Kanye made the list, too, along with ex Ray J. Hell, even Donald Trump made the cut.

But one name of interest was Bengals’ running back Chris Evans.

At first, most believed the list referred to the movie star of the same name. But they soon found out that it was the former Michigan rusher.

He was listed with respectable +1400 odds.

After hearing about his name popping up in the Kim Kardashian dating odds, Evans posted a hilarious response on social media.

Evans posted his reaction to seeing his name on the list. Take a look.

He seems as confused as anyone about making the cut. Bengals fans posted some hilarious reactions in the comments section.

Bro!!! Kim K at bengals games. Chris is doing his part to increase the Bengals revenue

We’ll see how it works out for Chris and Kim K.