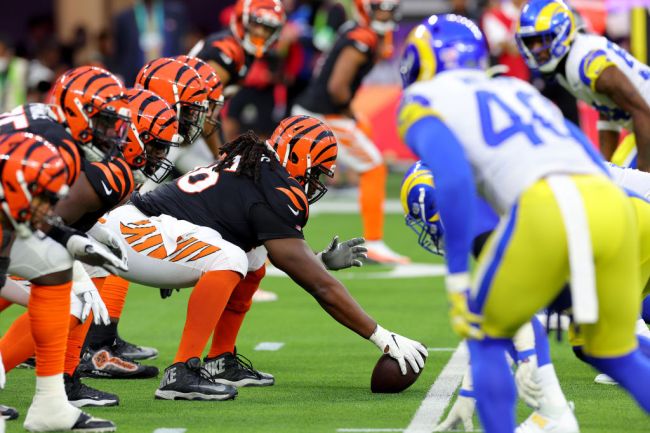 Entering last offseason, the Cincinnati Bengals had one key issue they needed to address. They had a really bad offensive line. It’s a problem that would be concerning enough under normal circumstances, but they also had a quarterback coming off of a torn ACL who they needed to protect.

The Bengals attempted to start fixing the issue by drafting a couple of tackles and signing Riley Reiff, but the line remained an obvious problem. They allowed the Tennessee Titans to tie the playoff record for sacks in single game. It was also a major reason they lost to the Rams in the Super Bowl. They allowed 7 sacks in that game.

Now they are reportedly taking a big swing at fixing their protection issues. According to Adam Schefter, the Bengals are finalizing a deal with tackle La’el Collins.

Former Cowboys’ OT La’el Collins is finalizing a deal with the Cincinnati Bengals, per source.

Collins had spent the entirety of his NFL career as a member of the Dallas Cowboys and was their starting right tackle for the last 4 seasons, but was cut this week to clear cap space. Despite being cut, Collins is still a very good tackle and represents an upgrade for the Bengals.

Collins joins a revamped line that has already added Alex Cappa at guard and Ted Karras at center through free agency. These moves should help fix the protection issues that plagued the Bengals throughout last season.

With big improvements on the offensive line, an upgrade at tight end, and all of their key offensive pieces from last season returning, this Cincinnati Bengals squad remains dangerous even in a loaded AFC.