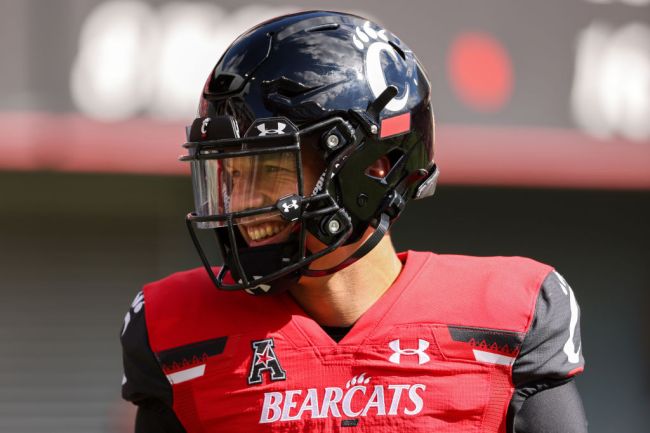 The second-ranked University of Cincinnati football team is riding an undefeated 7-0 record into this weekend’s game against Tulane. As has become the norm in college football, the Bearcats unveiled their uniform combination in extravagant fashion.

As much of the world continues to revolve around social media, having a strong media presence in college sports has become crucial. Every school across the country is in an arms race to expand their in-house digital, video and graphics teams.

Uniform reveals, which began as a simple photo, have turned into a whole production. Teams have had their players emerge from waterfalls, climb out of city drains and everything in-between.

The overload of content is great for recruiting, for visibility and for generating buzz around a program. And they’re fun.

North Carolina State had the coolest reveal of the season so far when it crashed the state fair, but Cincinnati’s is by far the most creative. To take it one step further, it ties in one of the hottest topics of conversation— Squid Game.

If you have not seen the smash-hit Netflix series, the gist is simple. Financially destitute people compete in children’s games for a chance at a significant monetary prize.

What they don’t know, is that losing and getting “eliminated” could be deadly.

Playing off of the show’s ‘Red Light, Green Light’ competition, the Bearcats had five players wearing different uniforms face off against one another. At the end of each round, one of the players is eliminated.

The last remaining player will have his uniform worn against Tulane.