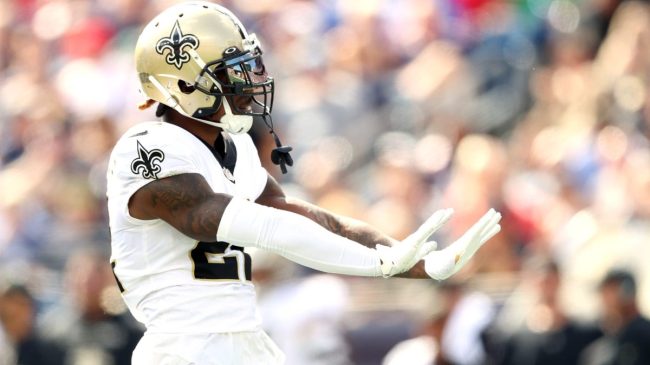 Gardner-Johnson has never been one to hold back on his opinion. Earlier this offseason, he called Tampa Bay quarterback Tom Brady a “clout chaser” for his constant posting of ridiculous videos on Twitter. He’s been in involved in controversy on the field, too, being accused of spitting on Javon Wims in a game last year.

So, after seeing Brown hop on stage in Miami, he wasn’t biting his tongue.

Gardner-Johnson posted a message on Twitter saying, “SMH bra lost it, this not it,” after seeing the former wideout’s latest rap show.

But it was far from the only criticism he’d throw Brown’s way.

New Orleans teammate Cam Jordan commented on the clip of Antonio Brown at Rolling Loud, applauding the performance (outside of a few dance moves).

Garnder shot down the support, saying he disagreed with the opinion.

He says he’ll drop a crazy video of him rapping if people actually think that Brown’s latest outing was good. He doubled down on that opinion after Chiefs wideout Mecole Hardman said he thought the performance wasn’t bad.

Others have shown support, though, including Chad Johnson.

But not everyone sees his rap career in the same light. Many were quick to poke fun at Brown’s dance moves on stage.

AB will try to continue his new rap career now that his time on the field is done. CJ Gardner-Johnson likely won’t be following his progress too closely.