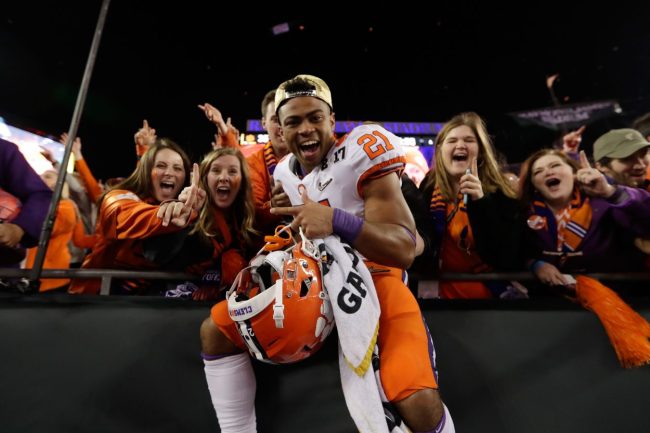 Clemson running back Darien Rencher has been with the program since 2015. He has been apart of six-straight College Football Playoffs from 2015-2020, played in four national championships and won two national titles.

This year, however, is different.

The Tigers struggled, comparatively, in 2021 and finished the year at 9-3. While most programs would sign the dotted line now for a nine-win season, Clemson missed out on the ACC Championship and the CFP, which is a disappointment for the program and its fanbase.

With that being said, they are taking it in stride.

As a result of the three losses, Clemson is playing Iowa State in the Cheez-It Bowl on Wednesday. The team arrived to Orlando over the weekend but did so in a uniquely different manner than years prior.

Rencher shared one of the major differences between the Cheez-It Bowl and CFP on his TikTok and it has to do with transportation. In years prior, Rencher and the Tigers flew together on a big 747 plane with the players, coaches, their families and the rest of the staff.

This year, the players were given the option to drive themselves to the bowl site. He expressed that it is a very different experience.

By driving to the game, the players can likely leave when they want, so long as they arrive on a certain day. It likely adds some flexibility in travel plans, especially coming off of the holiday weekend. There is also a chance that the players get their gas paid for by the school, though that isn’t confirmed.