Could The Browns Hire A Woman As Their Next Head Coach? It’s A Serious Possibility 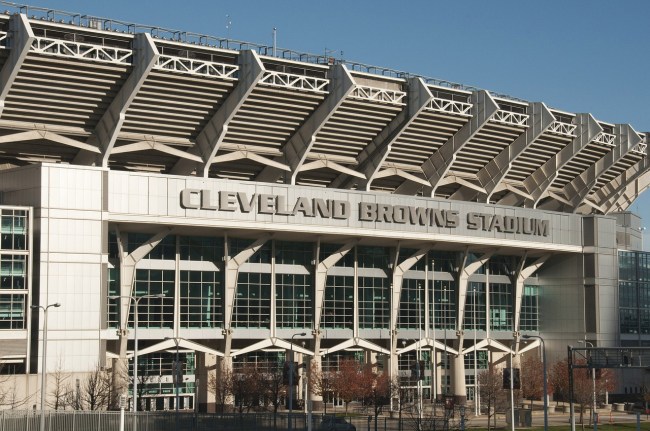 The Cleveland Browns recently fired Hue Jackson as their head coach — a move that probably should’ve happened during the offseason — and Gregg Williams is acting as interim head coach, but who knows if he’s the long-term answer. With young stars like quarterback Baker Mayfield, defensive end Myles Garrett and running back Nick Chubb, among others, the Browns are actually a pretty attractive job to any potential suitors.

While most of us just assume that the Cleveland Browns will do what they always do and hire the wrong guy for the job, the team’s general manager, John Dorsey, says he’s not only looking at men to fill the void, but that he’d consider hiring a woman to lead the team into the future.

According to Cleveland 19, Dorsey recently addressed the team’s head coaching vacancy in his press conference today, saying he’s looking for three key qualities when considering the next Cleveland Browns head coach. He listed these traits:

Pretty standard reply, right? This is where things get interesting, as Dorsey was quick to say that he doesn’t care if the person who fits that profile is a man or a woman.

“I just want the best possible head coach to move this thing forward regardless of age. It could be a woman, too. Do not look at me like that. I am serious. Who knows? We will look at everything is what I am trying to tell you all.”

This is interesting for a number of reasons, with the most obvious one being that the NFL isn’t littered with female coaches. Jennifer Welter broke barriers by becoming the first female NFL coach of any level back in 2015 with the Arizona Cardinals hired her for a six-week internship, and there have been three other women hired as NFL coaches, but never as a head coach.

Who knows how this all shakes down for the Cleveland Browns once they go into full interviewing mode, but it’s pretty cool to hear John Dorsey at least acknowledge women as potential candidates. Of course, that doesn’t mean it’s going to happen, but, with several NFL teams having ladies as owners who are running teams from the front office, why not consider one to run a team from the sideline?