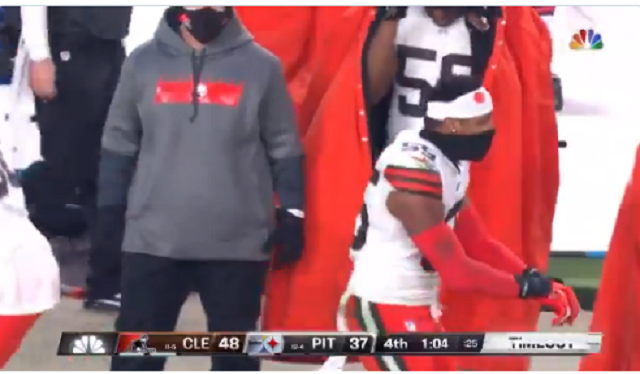 The Cleveland Browns got revenge on JuJu Smith-Schuster and the Pittsburgh Steelers and they enjoyed every second of it.

Before Sunday’s AFC wildcard playoff game, Smith-Schuster gave the Browns some bulletin board material when he said he wasn’t worried about them because they have a ton of “nameless gray faces.’

The Steelers ended up getting eliminated on Sunday and Browns players had fun on the sideline mocking JuJu’s “Corvette, Corvette’ TikTok dance at the end of the game.

Browns living it up on the sideline 😂 @Browns pic.twitter.com/ARSSRobQoG

Update: The Browns are now dancing in the locker room.

Kareem on IG live after the game🤣 pic.twitter.com/6QTMuuWGR6

Jarvis has some words for Juju. Wait for the end👀 pic.twitter.com/BdFvFzZ5XQ