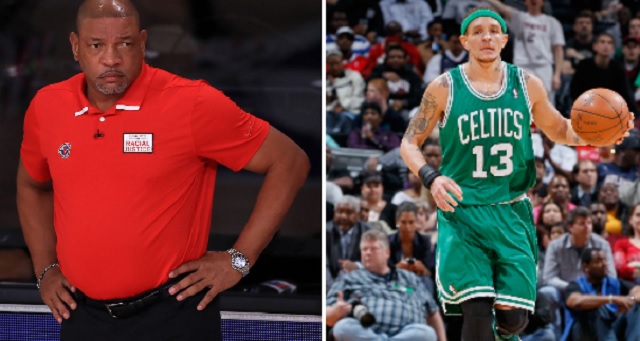 On Wednesday, a picture of West begging for money in the Dallas area went viral on Twitter which prompted several fans asking the NBA to lend a helping hand.

Can we really get Delonte West some help??? I’m so serious @NBA https://t.co/sPu8TLwIMy

The viral photo — reportedly taken recently in Dallas — appears to show the 37-year-old former guard begging for money on the street.

The question has been … why haven’t former players and coaches stepped in and helped West?

As it turns out, TMZ Sports has learned, they’ve been trying for months.

Multiple sources tell us that the league, NBPA, and Delonte’s former coach, Doc Rivers, and former St. Joe’s college teammate, Jameer Nelson, and others have attempted to get DW much needed assistance.

Concerns over West’s deteriorating mental health have surfaced in recent years and despite promises to get him help it seems like no one has been able to reach out to him.

This is my mother with my cousin Delonte West facts. He has struggled with Mental Health his entire life along with battling multiple media speculated accusations. For the protection of my family and his life. I ask that you please not crucify him. pic.twitter.com/gTsrD9dGzq

Hopefully, Rivers and Nelson are able to get West the help he needs.