Cody Rhodes Talks Tattoos, Nicknames, And Gives The Backstory To One Of The Most Cringe-Worthy Promos Ever 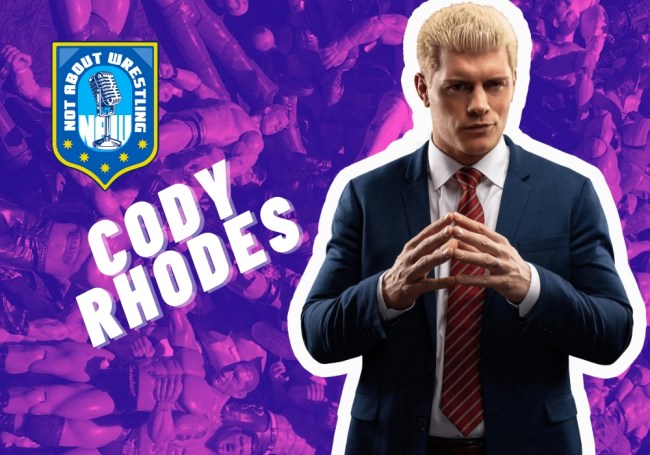 Cody Rhodes wears many hats – and many suits – these days.

“The American Nightmare” is the current TNT Champion in AEW and splits his time as the executive vice president of the promotion.

Cody Rhodes joins the “Not About Wrestling” show from his AEW home base in Florida to talk about his nicknames, the Nightmare Family tattoo on his neck that caused such a stir, a friendly feud between his dog and the neighbor’s mutt and gives a backstory to one of the most cringe-worthy but hilarious wrestling promos of all time.

Episode #1: Matt Cardona Talks About Being A “Heel” In The Wrestling Figure Community