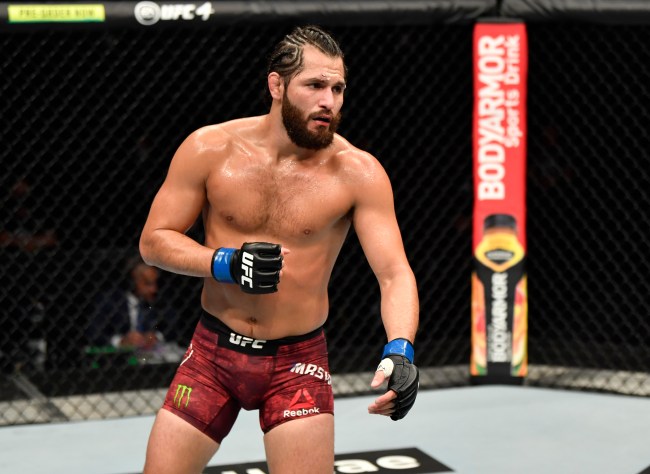 For the last few years, Colby Covington and Jorge Masvidal have thrown jabs at each other in press conferences over social media. For a while, there was always something in the way of the fight coming together. They’ve had other big fights and 4 title challenges between them recently.

Now, the UFC is finally closing in on a fight between the two.

The grudge match we've all been waiting for 💥

Colby Covington and Jorge Masvidal will headline UFC 272 on March 5, UFC Chief Business Officer Hunter Campbell told @bokamotoESPN. Contracts have not been signed, but the bout is nearly finalized. pic.twitter.com/n1FclaclwU

The fight makes a ton of sense for the UFC 272 main event. To begin with, they are the two most recent challengers for the 170 pound title. Colby Covington is currently the #1 ranked fighter in the division. Jorge Masvidal is 6th.

Beyond their in-cage accomplishments, this fight will be easy to promote outside of the cage. These two are former training partners who have had a falling out and have made it clear they don’t like each other.

They are both known to lay on some heavy smack talk before fights and will surely produce some entertaining press conferences. This fight should also be just about guaranteed to deliver fireworks.

Jorge Masvidal isn’t afraid to throw hands and has racked up quite a few finishes since his move up to welterweight. Colby Covington fights at a ridiculous pace and will continue to come after Jorge from bell to bell.

We will have to wait and see how the UFC fills out this card after moving two title fights to UFC 273, but Colby Covington and Jorge Masvidal would provide an exciting main event for UFC 272. No word yet on whether or not Masvidal’s BMF title will be on the line.