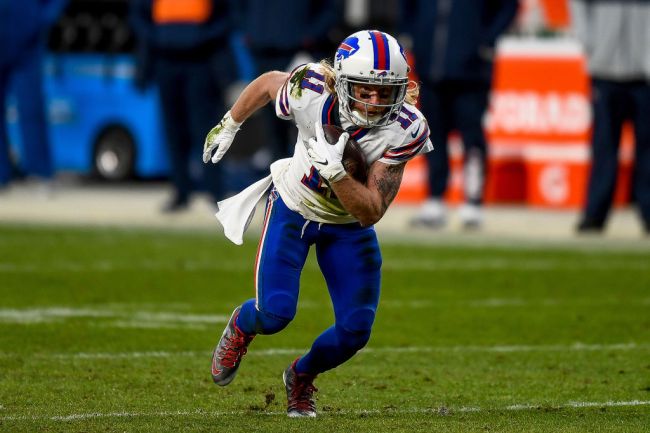 Bills wide receiver Cole Beasley told reporters Monday after the Bills 38-24 loss to the Chiefs that he played through a portion of the season with a broken fibula. Beasley sat out for Week 17 of the season but somehow was able to muster up the strength to play in all three of the Bills’ playoff games. He made seven catches for 88 yards in Sunday’s AFC Championship game loss to the Chiefs.

“I broke my fibula but it is nothing that needs to be surgically repaired,” said the 31-year-old veteran. “It was not a full break, it was bad the first game that I played but after that you take a few meds and you suck it up. There was no way I was going to miss the playoff game, especially after watching in Week 17, so I was going to figure it out one way or another.”

Cole Beasley revealed he played part of this season with a broken fibula.

"It was bad the first game I played, but after that you take a few meds and suck it up." pic.twitter.com/takTSuPxBw

Beasley was named to the All-Pro second team this year after having one of the best years of his nine year NFL career. With 82 catches for 967 yards and four touchdowns, Beasley was a key piece to the Bills ‘offense and was often referred to as a security blanket for quarterback Josh Allen.

How somebody plays through a broken fibula is just beyond my wildest imagination. I know from personal experience that I will shut my entire day down if I even have something as small as a headache. Hats off the Beasley, who Is a certified badass in my books after hearing this. Some guys are just cut from a different cloth, Beasley is definitely one of them.