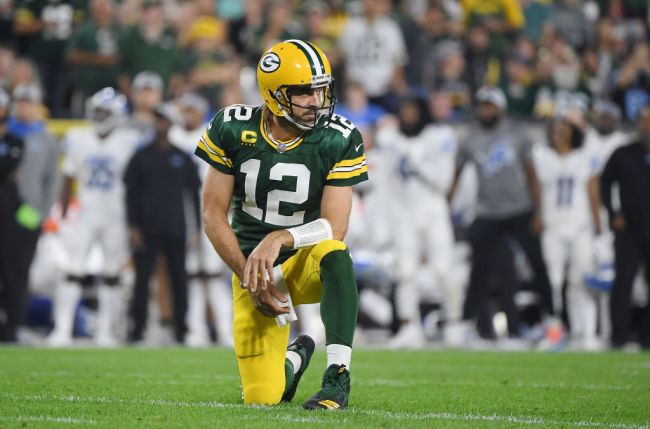 During his weekly appearance on ‘The Pat McAfee Show’ Aaron Rodgers voiced some serious frustration about his critics out there, and Colin Cowherd wasn’t a fan of the move.

Many would agree that Rodgers didn’t handle his offseason drama with the Packers very well. It was unprecedented, really, to see a superstar athlete voice his frustrations and then go virtually silent about all that was going on until deciding to show up to training camp.

During a segment on his show Wednesday, Cowherd called Rodgers a “bratty kid” who seems to get “very offensive” whenever anyone says something remotely negative about him. Cowherd essentially called Rodgers soft without saying the word ‘soft’ and said Tom Brady would never act like Rodgers does.

“This is so beneath Tom Brady. Imagine him weekly going out and whining and complaining,” Cowherd asked his listeners. “Aaron spent the offseason demanding power, yet doesn’t like the responsibility that comes with it.”

"This is so beneath Tom Brady. Imagine him weekly going out and whining and complaining? Aaron spent the offseason demanding power, yet doesn't like the responsibility that comes with it."

Cowherd’s comments here are a direct reaction to what Rodgers told McAfee on his show the day prior. The Packers QB called out people like Cowherd, who don’t know the ins and outs of what’s going on, and making statements and assumptions.

At the end of the day that’s literally Cowherd’s job, to analyze situations and then form an opinion, but Rodgers doesn’t necessarily seem to care.

“It’s absolute horses–t to give a platform to people who have no idea what they’re talking about as far as my mental state and my focus, my work habits — people that have not been around me, that are not in my life, I don’t have communication with them or not in the locker room,” Rodgers told McAfee. “That’s just chickens–t.”

Rodgers isn’t going to change and neither is Cowherd.