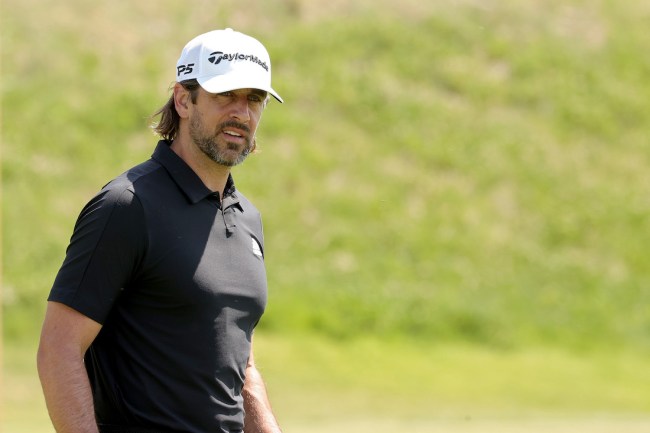 We all know longtime sports media personality Colin Cowherd will always speak his mind. So when the topic of discussion turned to Aaron Rodgers during his show recently, Cowherd wasn’t holding back on giving his opinions.

Following The Match earlier this week — where Rodgers teamed up with Bryson DeChambeau to play Tom Brady and Phil Mickelson in a two-man scramble — many are wondering what to make of the quarterback’s body language and comments during the event. Naturally, the reigning NFL MVP was asked about the drama with the Green Bay Packers, but he refused to acknowledge much about the situation. Instead, he sort of gave a few comical replies.

Well, leave it to Colin Cowherd to spin that into a headline, with the FS1 personality claiming that he thinks Rodgers has fully accepted the fact that he’ll be returning to the Packers this upcoming NFL season. Here’s what Colin had to say.

"Aaron has come to terms with it. He's going back to Green Bay… It looked too casual, too jokey and too fun."

— @ColinCowherd on what "The Match" told us about Aaron Rodgers' future with the Packers: pic.twitter.com/oSwK4Ku9mq

It’s not necessarily the hottest of takes from Cowherd, but it’s definitely a little surprising how definitive he comes across in making his prediction. After all, Aaron Rodgers hasn’t given many hints about what he’s going to do yet — other than refuse to opt-out of next NFL season, which he had to do by July 2. Such a move would’ve guaranteed his salary for this season.

Rumors have swirled that the Packers quarterback may sit out or even retire, so who knows what he’s thinking right now. He remains quiet about the topic, but one would imagine he’ll be back with the organization once Training Camp begins. That just seems natural.

Then again, Rodgers has a flair for the dramatic, so who’s to say he doesn’t continue to drag this thing along until he gets what he wants? It’s why the situation continues to be much-see TV until there’s a resolution one way or another.