Aaron Rodgers Is Reportedly Threatening To Retire, Would Have To Repay The Packers $23 Million If He Follows Through 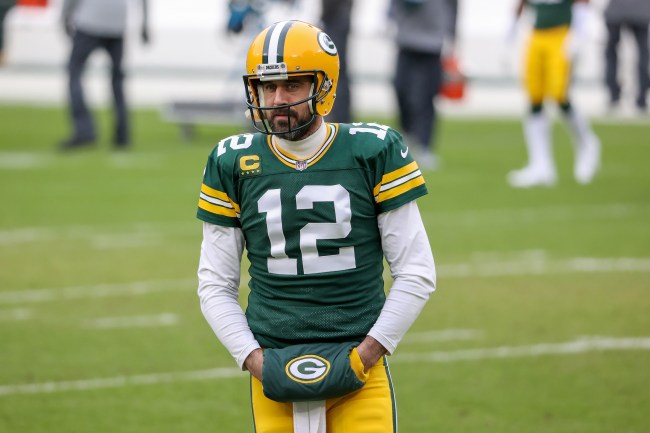 Aaron Rodgers and the Green Bay Packers are in a standoff.

On Thursday afternoon, ESPN’s Adam Schefter revealed that Rodgers is not happy with the team and does not want to come to Green Bay.

The Packers are aware of his feelings, concerned about them and have had team president Mark Murphy, general manager Brian Gutekunst and head coach Matt LaFleur each fly out on separate trips to meet with Rodgers at various points this offseason, sources told ESPN.

Schefter went on to add that he told several of his teammates he won’t be back with the team next season.

“It’s legitimate. He’s told some teammates and some players within the team that he doesn’t plan to return. Now, whether he follows up on that, we’ll see how the summer unfolds. We’ll see if that changes. But that’s what he feels

According to NFL Network’s Ian Rapport, Rodgers is seriously considering retiring “unless the situation is repaired to his liking.” If Rodgers does retire he would have to repay the team $11.5 million for the next two years.

If Aaron Rodgers retires (to host Jeopardy or just retire), he would have to repay the team $11.5M this year and $11.5M if he remains retired next year — all from his signing bonus. Unless the situation is repaired to his liking, this is a serious consideration, I’m told. https://t.co/kEQwpexqX0

As of now Packers GM Brian Gutekunst has been adamant that the team will not trade Rodgers this season.