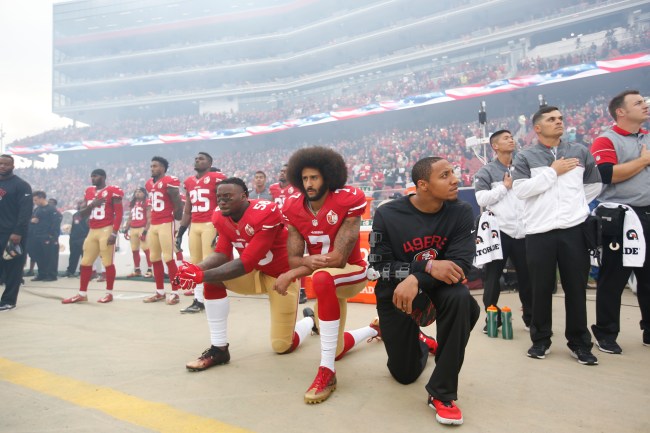 For the past few weeks we’ve seen players in every major sport kneel during the anthem which has led to backlash from fans even the President himself.

Despite the backlash, it seems that a majority of Americans are ok with players kneeling.

This week a newly released Hill-HarrisX poll that took place online between July 26 and 27 reveals that 53% of registered voters expressed that kneeling during the anthem is “appropriate”. 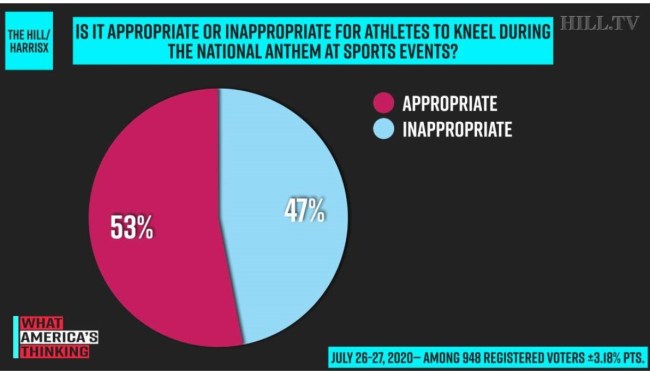 The survey found a majority of Democratic voters and independent voters said kneeling during the national anthem was appropriate, at 76 percent and 52 percent, respectively.

However, 73 percent of Republican voters disagreed.

Eighty-six percent of Black voters and 68 percent of Hispanic voters believe it is appropriate for athletes to kneel during the national anthem at sports events.

The Hill-HarrisX poll was conducted online among 948 registered voters between July 26 and 27. It has a margin of error of plus or minus 3.18 percentage points.

This is the second poll in recent months that shows public opinion has been in favor of kneeling.