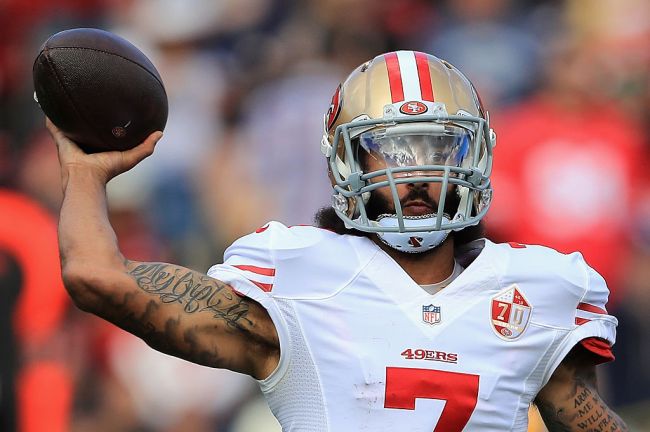 Colin Kaepernick has not played in the NFL since 2016. Despite his five-year absence from the league, the 33-year-old former San Francisco 49ers quarterback is featured in Madden 22.

Fans of the game began to note that the free agent quarterback is in the game on social media. He is rated an 81 overall. 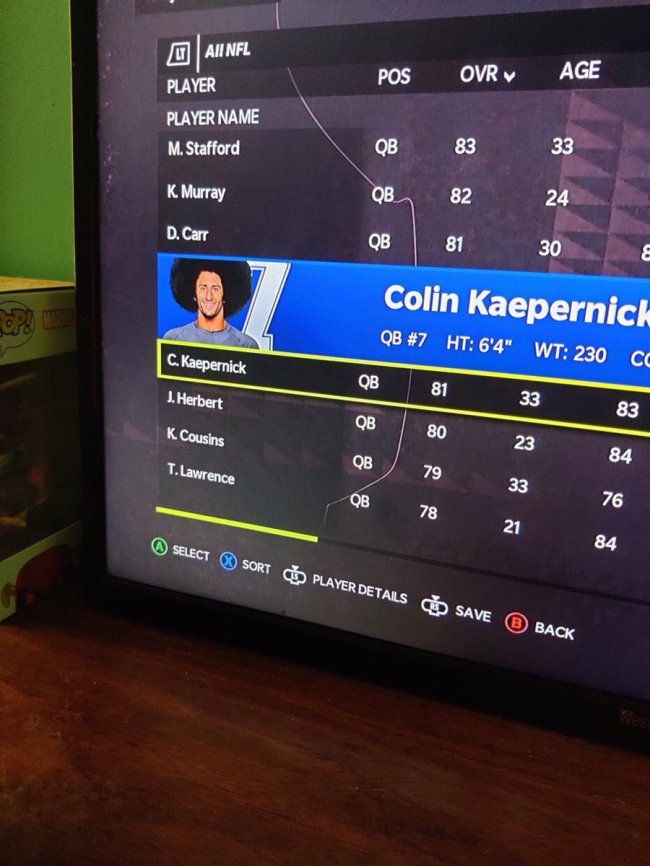 Colin Kaepernick has not played live football in five years.

Kaepernick was famously the first player to take a knee during the national anthem at the start of NFL games in protest of police brutality and racial inequality. His social justice movement was met with highly polarized reactions both for and against the protest.

The man who held the NFL record for most rushing yards in a single game by a quarterback became a free agent after the 2016 season and was not resigned. In November 2017, Kaepernick filed a grievance against the NFL and his owners, accusing them of collusion to keep him out of the league.

Kaepernick withdrew the grievance in 2019 after reaching a confidential settlement with the NFL. He remains unsigned.

Prior to his five year absence, Kaepernick started 58 games for San Francisco from 2012 to 2016. He completed 59.8 percent of his passes for 12,271 yards and 72 touchdowns with 30 interceptions. He also averaged 6.1 yards per rushing attempt and scored 13 touchdowns on the ground.

Regardless of his on-field stats and decision to kneel, Kaepernick has not played a live football game in five years. Thus, his inclusion in Madden 22 is debatable.

Prior to the 2020 regular season, EA Sports released a statement about Kaepernick being added to the Madden 21 video game.

Adding him to the game is one thing. His rating is another.

Kaepernick is rated as an 81 overall in Madden 22. That ranks him in the Top-15 of quarterbacks and ahead of 17 (potential or confirmed) starting quarterbacks across the NFL in overall rating.

Only one point ahead of Kaepernick is Kyler Murray, an 82 overall. Matthew Stafford is an 83. Derek Carr is an 81.

All three players are QB1 for their respective teams and have been active on either the NFL or collegiate level over the past five years. Kaepernick, who has not played in five years, is of close or equal standing in the game.

All 10 of the above signal-callers are slated (or hopeful) to start for their teams. Kaepernick is rated more highly even though he has not played in five years.

Here is an additional list of quarterbacks for whom Kaepernick received a higher rating:

As a reminder, Colin Kaepernick has not played in the NFL since 2016. Five years ago.