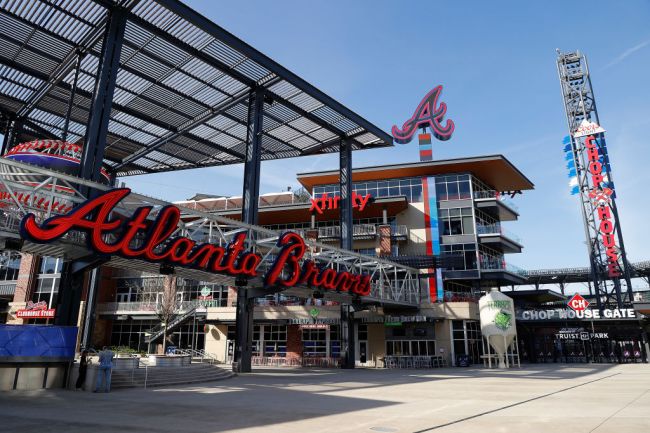 Georgia Tech quarterback Jordan Yates and Georgia gymnast Rachel Baumann inked deals with the organization. A statement released by the Braves explained that they wanted to focus on “schools in our backyard” for the first signings but have plans to expand to other student-athletes “throughout Braves Country” as well.

As for how the Braves landed on Yates and Baumann, they simply asked student-athletes who were fans of the team who were playing for a school around Atlanta and active on social media. That obviously doesn’t narrow down the search all that much seeing as how 99.9% of every college athlete is active on social media. The team said that it received 500 messages from athletes showing interest.

Baumann is a junior from Texas and won three titles on the balance beam a season ago. Yates was Georgia Tech’s backup QB a season ago and is now competing for playing time as the team’s starter this year. Yates is verified on Instagram with over 10,000 followers while Baumann has over 8,500 followers herself on the social media platform.

Both Baumann and Yates will receive benefits for signing with the Braves.

According to the Atlanta Journal-Constitution, each will receive a $500 stipend and a commission on the tickets sold through their social media as well as Braves merchandise.

So, expect to see both Yates and Baumann slinging tickets on social media looking to get a cut of each sale. That’s certainly not a bad side hustle for a college athlete.