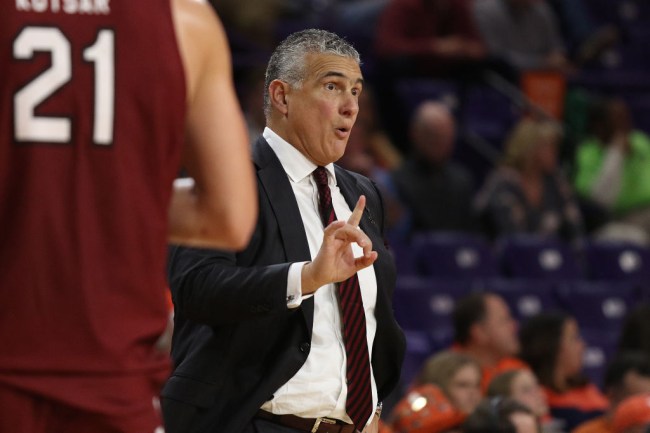 According to the National Association of Basketball Coache’s Committee on Racial Reconciliation, SAT and ACT score requirements are racist.

“The NABC Committee on Racial Reconciliation believes that the SAT and ACT are longstanding forces of institutional racism and no longer have a place in intercollegiate athletics or higher education at large,” Amaker and Martin said in a joint statement. “This is an important step towards combating educational inequality in our country.”

“We feel it is prudent for college athletics to address a standardized test structure that has long had disproportionately-negative impacts on low-income and minority students.”

Back in April, the NCAA already waived the standardized test score requirement for incoming freshmen due to the coronavirus, but now some coaches want to see score requirements wiped out completely.

The normal system the NCAA Eligibility Center uses is a sliding scale where graduating high school students must earn at least a 2.3 GPA in 10 NCAA-approved courses in order to be eligible to play at the Division I level. The sliding scale then balances a student-athletes GPA with their SAT/ACT test scores. A low test score means a higher GPA is needed to be eligible while a high test score could mean a lower GPA could be passable.

There isn’t a single high school student on the planet that actually looks forward to taking the SAT or ACT. Standardized tests are absolutely horrendous, but they do serve a purpose based on scholarships and admittance into universities.

Having said that, let’s not kid ourselves here, if you’re an elite high school athlete, the college that wants to recruit you and have you sign with them, well they’re going to make that happen one way or another regardless of test scores.

As for when said athlete gets to campus, I think it’s completely situational regarding academic standards and requirements and the college basketball world is an absolute free for all. Take Ben Simmons for example, he flat-out admitted he never went to class during his time at LSU. Derrick Rose had a friend take the SAT for him prior to signing with Memphis and nothing happened to him while the school had to vacate it’s 2007-08 season, which nobody truly cares about.

Calling the standardized test requirements ‘institutionally racist’ is certainly a bold statement, and may just be a play to truly make recruiting and college athletics even more of a free for all than it already is.