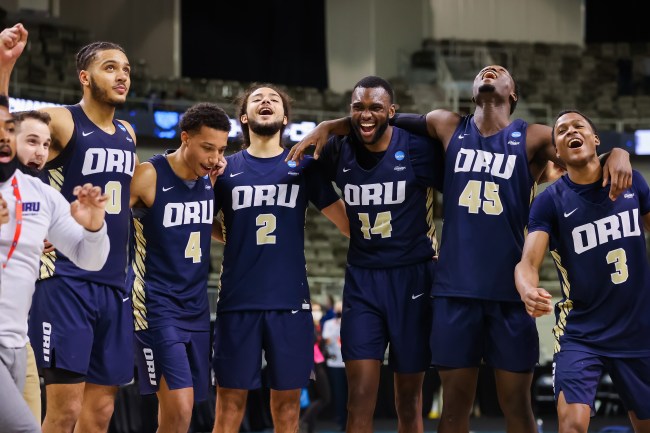 Oral Roberts’ Cinderella run during this year’s NCAA tournament is officially over but people still found a way to get their jokes off.

On Saturday night, the Arkansas Razorbacks ended Oral Roberts’ magical run in an extremely close and competitive game in the sweet sixteen.

YOUR ARKANSAS RAZORBACKS ARE GOING TO THE ELITE EIGHT pic.twitter.com/liIhdvvz7U

ARKANSAS IS HEADED TO THE ELITE 8. pic.twitter.com/FZ6DTBv5Cb

After the game, fans made an effort to make one last vulgar “oral” joke before Oral Roberts rode off to the sunset.

Of course Oral Roberts blows it

Oral left w a bad taste in there mouthw a real tough run job there. Nothing to hang ur head about

Oral gags down the stretch.

Oral was great and lasted more than 39 minutes but those final few seconds were surprisingly disappointing.