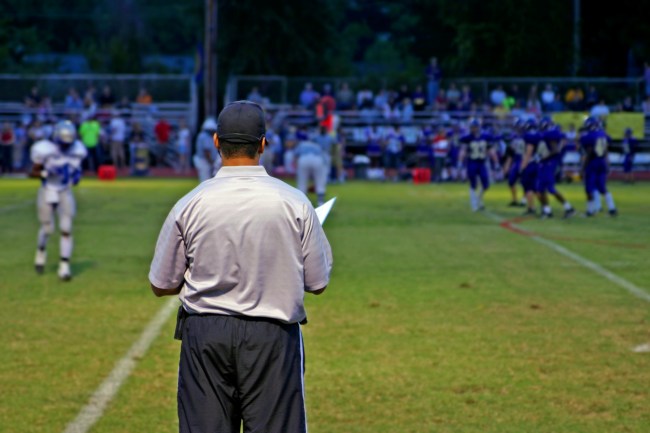 There are a lot of kinks that need to be worked out with Name, Image and Likeness. Ever since the NCAA implemented its new rules on NIL back in July of 2021, a multitude of problems have come to the forefront.

The biggest and most glaring issue that NCAA coaches and administrators want to get figured out is in regard to recruiting and the transfer portal. Although pay-for-play remains illegal, there are workarounds happening all over the country.

Current college players are being offered hundreds of thousands, if not millions of dollars to leave their current programs and transfer. Meanwhile, top recruits are being drawn to programs with similar sums of money.

Although the answer of how to fix the “free agency” that is taking place is unclear, a pair of Power Five commissioners are on their way to Capitol Hill to ask for help. And there is supposedly a “crackdown” in the works.

Despite any forward progress in getting NIL figured out, it will take some time. Until they get fixed, college football coaches will be tasked with finding their own solutions.

Of the many problems that have come to surface, one in particular stands out. And it’s rather comical, outside of the fact that it could have a negative effect on the players involved.

In a recent piece on NIL from CBS’ Dennis Dodd, he detailed the unusual conundrum.

As rogue boosters try to entice recruits and current players to commit or transfer to their affiliated program, the coaches are being tasked with an over-saturated market of players. Some of the players being discussed are not of interest to the coaches.

“I have some coaches call me and say, ‘I don’t know what to do about this booster because he’s offering all these kids NIL money and I don’t even want the kid’,'” shared Todd Berry, executive director of the American Football Coaches Association. “All this was predictable. … It’s coming to fruition at this point.”

Boosters are going out on their own, offering players and recruits big NIL deals and bringing those players to the staffs as virtual locks to commit or transfer into their program. But those coaches don’t necessarily want those players.

In turn, how does a coach go about the situation? Does he tell the booster to kick rocks and ruin losing his checkbook? Should the booster have to tell the recruit or potential transfer that the coach is uninterested? Is the coach in charge of breaking that news? Does he have to take the kid anyway so not to ruin the booster relationship?

There are many things that need to change with NIL, but overzealous boosters have been around since the beginning of time and they aren’t going anywhere. Especially now that they have more power through NIL.