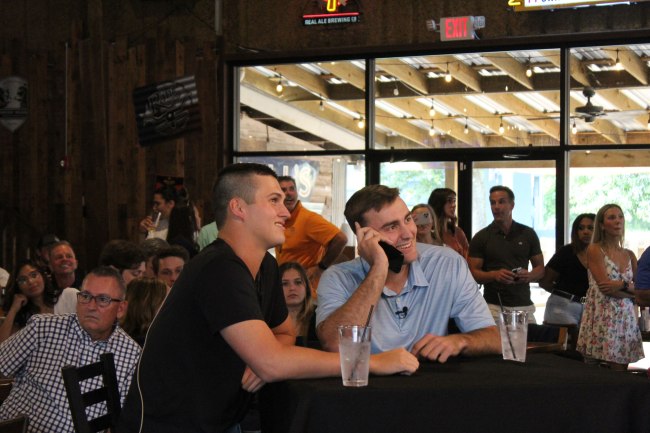 Sam Houston State outfielder Colton Cowser became the highest MLB Draft pick in Southland Conference history on Sunday. The 21-year-old lefty went No. 5 overall to the Baltimore Orioles, but he almost didn’t get the call.

Cowser was considered the “second best bat in the Draft” and will be a big part in the organization’s massive minor league overhaul that is focused on youth.

However, he accidentally big leagued his new GM.

Prior to the draft, Cowser’s agent told him not to answer any calls from strange phone numbers. From media, to agents, to estranged family members, to ex-girlfriends— everybody wants a piece of a potential top-10 draft pick.

The slot value for the No. 5 pick averages around $5.75 million, it’s the biggest night of his life and who knows who will be on the other line. It’s just easier not to answer.

Well, Orioles general manager Mike Elias gave the future of his outfield a ring from a number that Cowser did not have in his contacts. Probably a 410, 443 or 667 number.

Cowser, per his agent’s advice, did not answer. He is from Cypress, Tex. so a Baltimore area code didn’t make any sense.

Shortly after letting the call go to voicemail, Cowser and his crew put the pieces together and he quickly called back.

“What’s going on? You’re not answering your phone?” Elias joked with a smile once he got the newest member of the Baltimore Orioles on the other end.

Colton gets the call. pic.twitter.com/JKfSMeiXht

For a draft that was highlighted by a “core four” group of shortstops and big-name pitchers like Jack Leiter and Kumar Rocker, hearing Cowser’s name at five was a bit of a surprise.

"As solid and consistent of a track record as any college bat in this draft class." pic.twitter.com/GWtKqL0Ve8

And he makes absurd plays like this with his arm.

It's @MLB draft month and we can't wait to see where @ColtonCowser will go. Plays like this from the College Classic are one of the many reasons he's one of the top prospects in this draft class. pic.twitter.com/f6cqcBd5QB

Maybe he didn’t answer because he knew it was Baltimore? The Orioles might be trending upward with a great farm system and a few big time prospects, but they are still the Orioles…