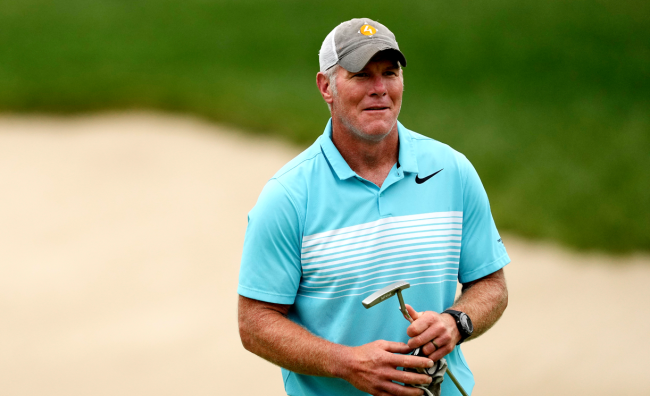 Experts believe that the concussion drug Brett Favre helped get more than $2.1 million in State of Mississippi welfare funds for probably doesn’t even work.

Favre stands accused in a lawsuit of scheming with two companies, Prevacus and PresolMD, to illegally receive the welfare funds for concussion drugs they were hoping to market.

The misappropriated funds were allegedly used to create and test new concussion treatment drugs – one in nasal spray form and another in the form of a cream.

Prevacus and another drug company, PresolMD, were backed by Brett Favre and allegedly lied about the effectiveness of these drugs in treating and preventing concussions.

Two of the concussion drugs, PreSolMD and PreVPro, were never mass produced or marketed. Another, Prevacus’ inhalable concussion treatment drug PRV-002, was purchased by Odyssey Health.

Now, NBC News has published a new report in which experts doubt the inhalable drug will even work.

The company that is now trying to bring the drug to market, Odyssey Health, appears to be on shaky financial ground, according to public filings. Experts in neuroscience and drug development say its promise to conduct human trials of the drug in Mississippi — supposedly an economic development benefit — appears unlikely to ever be fulfilled.

“You’re better off buying a lottery ticket,” said David Maris, a New Jersey-based financial analyst who specializes in pharmaceuticals and who examined financial statements for NBC News. “It’s destined to be a zero.”

Dr. Majid Fotuhi, a neurologist and neuroscientist based near Washington, who specializes in treating concussions and other brain injuries, examined public patent records, animal studies and other related documents for NBC News. He said he did not find enough evidence of the drug’s impact in animals to justify large scale clinical trials in humans.

“There is no magic pill for concussion,” he said. “I don’t think there’s any drug that can reverse all the symptoms of a concussion.”

Last month, a new report claimed that Favre helped fund PreVPro, a concussion cream, that was experimented on and killed at least half a dozen dogs.

Favre was reported to be part of multiple conversions about the dog testing of the experimental drug.

The concussion drug PreSolMD, in which Brett Favre was a major investor, was reportedly also tested on 63 children during three flag football camps.

Favre issued a statement on video on Nov. 10 in which he, “in lieu of the recent allegations,” thanked all those who are still supporting him.

“Trust me, the truth will come out in time,” Favre claimed.