Sports Finance Report: The Cost of Getting Injured in a Bowl Game 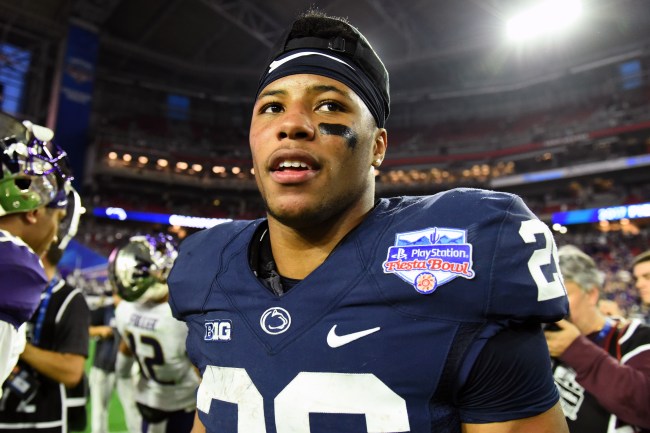 The Cost of Getting Injured in a Bowl Game

Ohio State All-American CB Denzel Ward chose not to play in the Cotton Bowl, continuing a recent trend of projected 1st round NFL picks skipping bowl games (see: Fornette, McCaffrey). This even though nearly every top college player (i.e. guys projected to be picked on 1st 2 days of draft) has customized insurance policies. In ’14, the NCAA created a waiver that enabled draft eligible players to borrow against future earnings to pay for loss-of-value insurance; schools can also pay the premiums from NCAA-approved Student Assistance Funds. Loss-of-value policies pay out if the athlete is drafted far lower than expected due to injury. At least 4 highly touted prospects have collected on a policy in the last 18 months (including Jaylon Smith, Ifo Ekpre-Olomu, E.J. Bibbs and Silas Redd). Penn State star RB Saquon Barkley, a projected Top 10 selection, played in the Fiesta Bowl; rushing for 129 yards and 2 TDs (including a Fiesta Bowl record 92-yard TD run) in what is expected to be his final collegiate game.

Howie Long-Short: Loss of value policies cost between $10,000 and $15,000 per $1 million in coverage with a limit of $7.5 million (though combined with other policies, payouts could reach $10 million). Lloyd’s of London is among the companies (PFS Insurance and Houston Casualty are others) that offer high-limit sports loss-of-value insurance. For those wondering, three Lloyd’s insurers are publicly traded: Beazley Plc (LON: BEZ), Hiscox Ltd (LON: HSX) and Lancashire Holdings Ltd. (LON: LRE).

Fan Marino: NEVER blame a college athlete for sitting out a non-playoff bowl game. These policies are difficult to collect on (less than a dozen have been collected on in 27 years) and don’t pay out anything close to the true value lost. Notre Dame LB Jaylon Smith was a projected top-5 draft pick (contract value +/- $23.5 million, with $15 million guaranteed), before tearing his ACL, LCL and experiencing nerve damage in his left knee during the ’16 Fiesta Bowl. Smith ended up being selected as the 35th overall pick (round 2) and received a 4-year contract worth $6.5 million, with $4.5 million guaranteed. He received $705,000, the difference between his contract value and the $7.2 million protected against injury. Ekpre-Olomu was a projected 1st round pick (contract value $6 million+), who tore his ACL and dislocated a knee in practice prior to the ’15 Rose Bowl; he ended up being selected in the 7th round and received a contract worth $2.3 million. Lloyds of London paid him $3 million (tax free), but that doesn’t offset the difference lost or account for endorsement opportunities he would have received as a 1st round pick.

New Football League Focused on “Spectacular”, Believes it can Succeed Without Violence

The American Flag Football League (AFFL) will debut in spring 2018, with 1,024 amateur teams (open to public, close March 1) competing in a 7-on-7 single-elimination tournament. Winners receive $50,000 and get an opportunity to play a team of professionals for $1 million in prize money. JohnWallStreet had a chance to speak to AFFL founder Jeff Lewis and asked him a few questions about his new venture.

A lot of start-up football leagues have failed. Why does the AFFL have a chance to succeed?

Lewis: What’s tough about football is, it’s the sport that requires the most resources; the most players, the most coaches, the most gear, the biggest field and so when you start trying to run numbers, man does it add up. When you think about this (AFFL) as a business, you just don’t need that many players. Essentially, we can attack the sport with the biggest audience (football) with basketball team-size costs and that makes it an interesting prospect.

Some will argue that the gladiator aspect of football is the draw. Can you draw an audience without violence

Lewis: We scraped some data that showed what people talk about most on social media when they watch football. What was very clear was that nobody talked about tackles or hits or anything about that aggressive element of the game. What they were constantly engaged in, was the spectacular. The run, the pass, the interception, the stuff that we still have.

How do you guys plan on making money with this league?

Lewis: We’re in the business of creating a show. We’re WWE. We’re NASCAR. We’re going to put on live events and we want people to attend the live events. Even if 65-70% of the long-term value we would garner from this, is as content, it all starts with the event itself. If you don’t make the event work, then the content value is unattainable.

Howie Long-Short: The Arena Football League, which got its start in 1987, is going to play its 2018 season with the fewest number of teams (4) since the league’s inaugural season; following an announcement that the Tampa Bay Storm are suspending operations, the second franchise to do so since Thanksgiving (Cleveland). While the league appears to be in trouble, Ron Jaworski (part owner of both the Philadelphia Soul and new Albany franchise) said the remaining owners remain “rock solid” in their commitment to the league and that the AFL could work itself back to 12 teams within 3 years. Monumental Sports & Entertainment owns the Washington Valor and Baltimore Brigade franchises.

Lewis: There are GREAT athletes in the AFL. The problem with the sport is that when you shrink it down, those athletes don’t get to show themselves in the best way.  Football requires scale and space.  There is something dissonant to most football fans about the compressed space of the indoor game.  That’s one of the reasons we are so focused on playing on a full-sized field.

Topgolf Entertainment Group acquired the technology used to track the flight of a golf ball, display its path in video and analyze every shot in 2016 (then known as Protracer, since renamed Toptracer); but only recently has company begun licensing the technology to traditional golf ranges. Toptracer, which also powers select Topgolf centers and the television broadcasts of several major tournaments (see: U.S. Open and Ryder Cup), enables golfers to play virtual versions of the world’s premier golf courses from the convenience of their neighborhood range. The technology also gives golfers the chance to track stats on every shot and compete against one another in a variety of challenges/games. Nearly 30 ranges have licensed Toptracer technology to date, but Topgolf VP of Corporate Development Ani Mehta says the goal is for that number to be in the “hundreds or thousands”.

Howie Long-Short: The company recently hired Troy Warfield (formerly of British Airways, Avis), to expand its global footprint of Topgolf venues and ranges that license Toptracer technology. Topgolf is privately held, but Callaway Golf (ELY) owns 15% of the company. Dallas businessman Thomas Dundon invested in the company in 2011. You may recognize the name; he recently signed a purchase agreement to acquire the Carolina Hurricanes.

Fan Marino: Jordan Spieth, who finished ’17 number 2 in the world (Dustin Johnson finished 1st), was caught on video celebrating (as if he won the Masters, again) a hole-in-one on a Full Swing golf simulator (watch the video, here). Full Swing, which has been around since 1986, closed on a private equity round in May ‘17; Topgolf participated as an investor. Fun fact: Tiger Woods, Jason Day and Padraig Harrington also have Full Swing simulators in their homes.