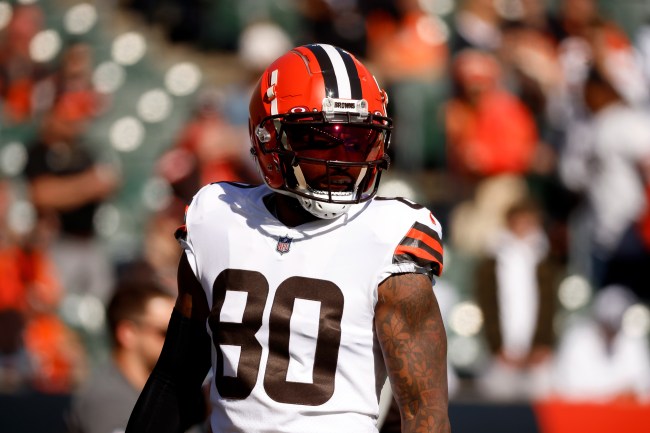 COVID cases are on the rise again in the NFL and this week it could have massive implications for one team. The Cleveland Browns just put 8 players on the COVID list.

Landry and Teller have both been confirmed to have tested positive. To make matters worse for the Browns, they play on Saturday this week, giving everybody on the list one less day to be cleared to return.

These positive tests come in the midst of a spike in cases across the NFL. They had 37 positive COVID tests yesterday, which was the most the NFL has had in a single day.

This issue couldn’t have come at a worse time for the Browns. They have yet to be able to fix their offensive issues this season and their internal issues have continued well past Odell Beckham’s release.

Throwing this into the mix isn’t going to help with either of those issues. The Browns are currently fighting to keep their playoff hopes alive. They are one of 5 teams at 7-6 in the AFC, but would just miss out if the playoffs started today.

The Cleveland Browns take on a struggling Raiders squad on Saturday in a game that is looking more and more likely to feature a whole lot of Nick Chubb.