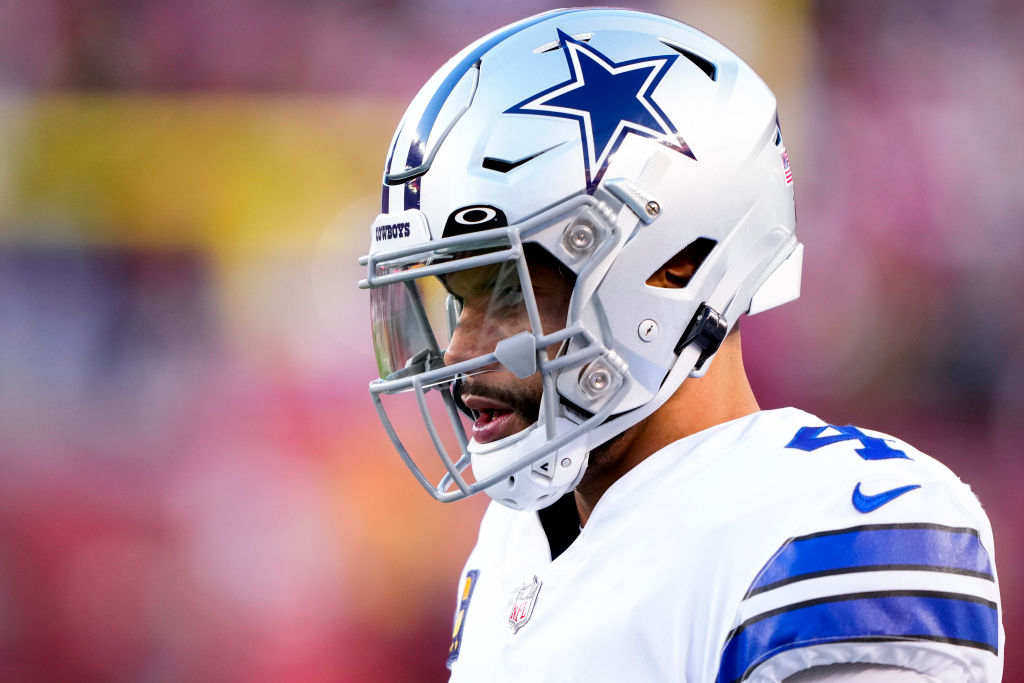 Cowboys fans are fed up with Dak Prescott.

Not long after the game was over, “trade Dak” began trending on social media.

It was only a week ago that the narrative was dak prescott is elite now it’s “ trade dak” Lmao pic.twitter.com/CFlNZyaO8C

Even Skip Bayless was done with Dak after his terrible performance and threw his jersey in the trash.

I’m sorry. That’s it. I’ve had it with Dak.pic.twitter.com/1EHRUg8mXe

Other Cowboys fans on social media are uploading videos of themselves burning their Dak jerseys.