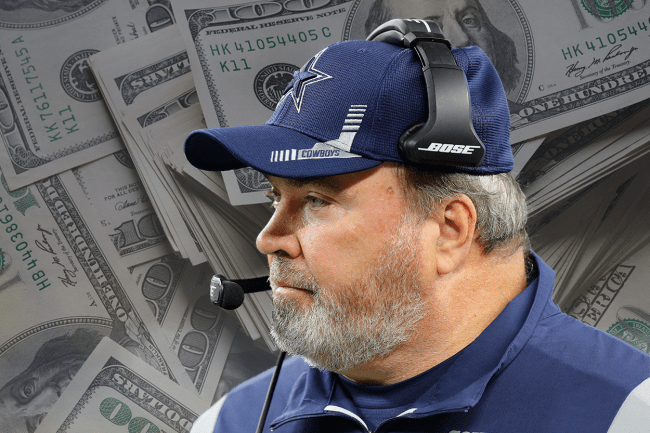 Cowboys head coach Mike McCarthy’s bank account is $100,000 lighter this morning. The 58-year-old was penalized for the second-straight year for offseason practice violations.

That didn’t stop McCarthy and the Cowboys from getting after it again this spring. Owner and general manager Jerry Jones revealed on Thursday that the team’s head coach was hit with a fine for the exact same violation this year.

McCarthy was fined $100,00 for leading OTAs that were ‘too physical’ and the team will be docked an organized team activity again in 2023.

Dallas, the organization, was not fined this time, however.

The NFL did not disclose what exactly led to the violation, but McCarthy apparently wants his team to get after it when the Collective Bargaining Agreement does not allow. And it would appear as though he did not learn from his mistakes, despite saying that last year’s punishment was an opportunity to do so.

“I think there were seven to nine plays that we looked at as a group, and frankly, the majority of them involved younger players, so to me it’s a learning experience,” McCarthy said last year. “I think like anything in life, if you’re punished for trying to do too much the right way as opposed to not doing enough the right way, I think that’s a healthy experience to learn from.”

Clearly, the lesson did not register. Maybe next year?