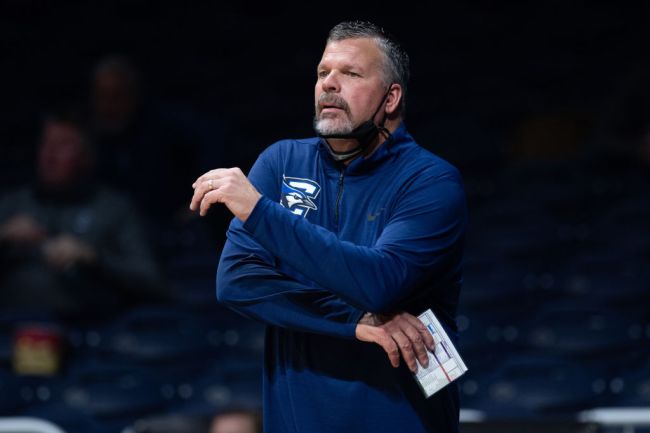 Creighton head basketball coach Greg McDermott found himself in some rather hot water after making racially insensitive remarks following the Blue Jays’ loss to Xavier over the weekend.

McDermott, who is in his 11th season at Creighton, attempted to bring his team together following the loss, but ended up doing more harm than good by saying “Guys, we got to stick together. We need both feet in. I need everybody to stay on the plantation. I can’t have anybody leave the plantation.”

McDermott issued an apology following his remarks and also shared that he offered to resign from the program as well. He revealed that he offered his resignation during Creighton’s pregame show ahead of its loss to Villanova on Wednesday.

In his apology, McDermott said that he immediately recognized the mistake he had made and quickly addressed his team about it.

“I immediately recognized my egregious mistake and quickly addressed my use of such insensitive words with the team,” McDermott wrote in a statement. “I have never used that analogy and it is not indicative of who I am as a person or as a coach. I am deeply sorry.”

After McDermott released his statement, assistant coach Terrence Rencher took to Twitter himself and called the head coach’s words “dark” and “hurtful.”

Creighton announced that any punishment or sanctions for McDermott will remain confidential.

The 56-year-old coach has posted a 248-123 record during his time as the Blue Jays head coach leading them to an NCAA Tournament berth in six of his previous 10 years at the helm.