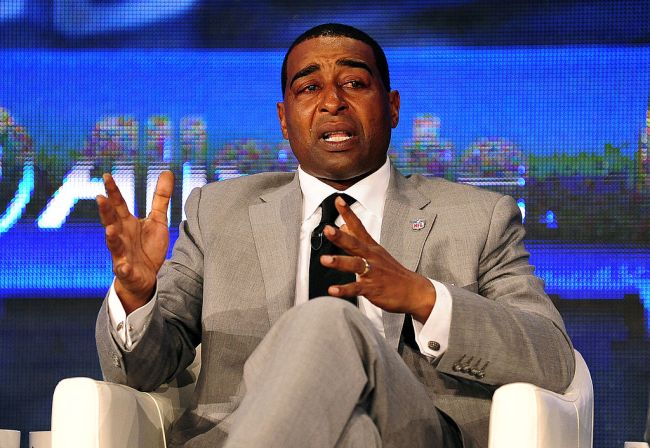 NFL Hall of Fame wide receiver Cris Carter made some huge revelations during his interview with Master Tes on the latest episode of Untold Stories.

In the clip shared by Bleach Report, Carter said he was given $15k in improper benefits as a freshman at Ohio State from agent Lloyd Bloom who wanted to sign him to a marketing deal.

Cris Carter shares how improper benefits at Ohio State introduced him to crack. A cautionary story for college athletes in this NIL world.pic.twitter.com/7XgdOivHhK

“Some of the older guys they were going to take me under their wing, they introduce me to a guy that happened to Lloyd Bloom of the legendary Lloyd and Norby Walters. They were kind of booking agents in the music industry and they had 10 of the top 15 black artists in R&B and they were trying to make a mark in sports. They were talking about marketing the players with the band.

I think they gave me $15k, I remember picking them up in Columbus that’s where we signed the contract. I think I got 10 to sign, five later on and then ALSO I got a car and then I got $500 a month that would Western Union.”

Carter goes on to reveal that he spthe money given to him by Bloom to use on drugs and eventually got into smoking crack while he was in college.

“The things I was doing just allowed me to do more of it. We were just smoking weed, just a little bit and that’s when cocaine people start smoking it, rocking it up and people started putting it in marijuana.

A guy at a party had put one in a cigarette and when he did that a shot went off in my head, I had never experienced something like that. That I was the first time I smoked crack cocaine and it blew my mind. Unfortunately, it started at Ohio State.”