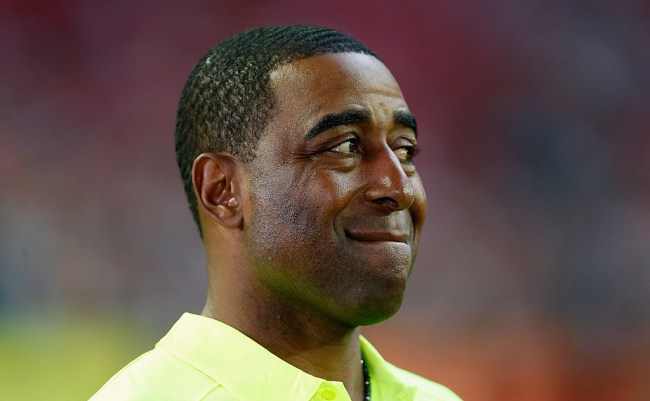 The New England Patriots are unbeaten and have, by a decently sized statistical margin, the best defense in the NFL. Those are two inarguable facts at the moment.

The Pats’ defense is second overall in yards allowed per game, they give up an average of just 7.6 points per game and their 25 takeaways on the year are six more than any other team in the league.

It’s one of the best defensive units the league has seen in quite some time and may go down as the best ever Bill Belichick defense, but only time will tell.

The majority of folks would go ahead and call New England’s defensive unit legendary, but not hall-of-famer Cris Carter, no, he saw much better defensive units back in the ’80s.

He had a classic ‘back in my day’ take on First Things First on Tuesday.

"I've played against some of the greatest defenses that we've ever seen. I don't think this Patriots defense is one of them. … This is not a legendary defense." — @criscarter80pic.twitter.com/5lECdDIh9V

Yikes. I’m sure Patriots fans won’t disagree with him on that one, no way.

It’s totally reasonable for Carter to question whether or not New England’s defense will continue on this path with a tough slate of games ahead, but to just go and say that back in the day defenses were better and tougher just because you were on the field at the same time isn’t too reasonable.

Legendary is, of course, a broad term in the sports world, especially in today’s day in age but when the Pats’ defense is posting these kinds of numbers I’m not really sure what other word is appropriate to describe them; ‘really good’ just seems a little underwhelming.