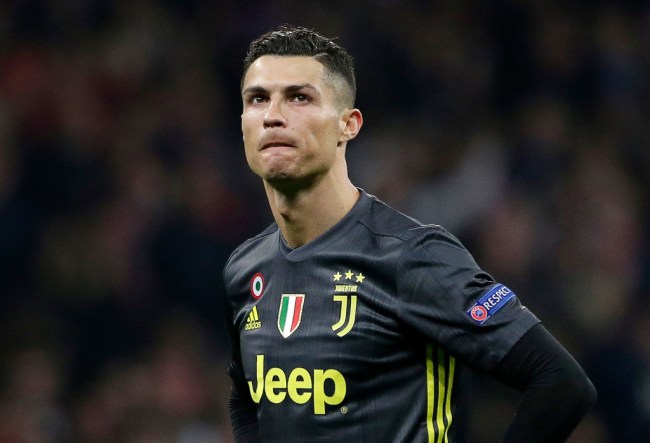 As the coronavirus continues to sweep across the globe, industries of all shapes and sizes have been upended, from local pubs to massive sports leagues with global appeal.

One of the hardest-hit leagues in the world is Serie A, as the top soccer league in Italy has not only been forced to shut down but has seen many of its stars infected with the virus.

The impact of the coronavirus on Serie A has been so extreme that it may actually force the league’s most successful club, Juventus, to sell their most famous player: Cristiano Ronaldo.

Juventus ‘could sell Cristiano Ronaldo to the Premier League for just £63m’ in a desperate bid to cut costs as they face financial crisis due to the coronavirus pandemic.

There is huge concern about the long-term economic impact of the pandemic, and Italian newspaper Il Messagero reports that Juventus might not be able to afford to pay Ronaldo’s eye-watering contract even when football returns to normality.

Ronaldo has agreed to waive four months’ wages to help the club’s finances, as have his Juventus team-mates, along with manager Maurizio Sarri. They have agreed to a reduction in pay equal to the monthly payments of March, April, May and June, which is set to save the club around £80million.

But Ronaldo’s enormous £500,000-a-week wages – his contract is worth over £27m per year – could prove too much for Juventus to sustain even when revenue streams return. [via DailyMail]

Ronaldo, now 35-years-old, joined the eight-time reigning Italian champions in the summer of 2018 from Real Madrid for a £100m fee. While the aging superstar has already agreed to waive four months’ worth of wages to help the club, reports indicate that still may not be enough.