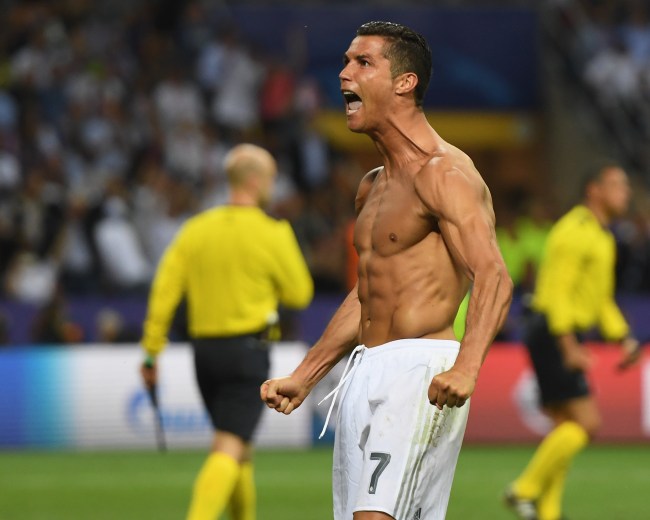 When Cristiano Ronaldo was bounced from the 2018 World Cup in Russia at the hands of Uruguay he didn’t head home to Madrid where he’s lived since 2009 when he joined Real Madrid, and he didn’t head back to his native Madeira in Portugal, an island located 600 miles off the coast from Lisbon. Instead, Cristiano Ronaldo went to the luxury Costa Navarino hotel on the peninsula of Peloponeso, Greece where he relaxed with friends and family including his partner and son.

Then the news broke. Ronaldo would be leaving Real Madrid after winning three Champions League titles in a row (his 5th overall) and heading to Turin, Italy where he’ll become the face of Serie A while playing for Juventus, a team that’s reached the Champions League final twice in the past four years.

Before leaving Greece, Cristiano presented the hotel with a FAT tip and said he was so impressed by the quality of service that he wanted the tip to be shared amongst all the workers. Keep in mind that this is Europe where tipping is mostly discretionary and rarely obligatory. How much did he leave? £17,850 or ~$23,307. All that money and he couldn’t find someone to take a picture with better lighting than this?

A look at the hotel’s Instagram feed shows that it is a truly stunning property with rooms ranging from around $300-$1,000/night:

Today we are celebrating #WorldEnvironmentDay – the United Nations flagship day for promoting worldwide awareness and action for the environment. Each of us can make a difference. Together, we can #BeatPlasticPollution  #costanavarino #sustainabletourism #omegabeach

What a better way to discover the rich history, fine culinary tradition and unspoiled nature of Messinia than with a picnic?  #costanavarino #navarinoexperiences  #authenticgreece

Poor guy, he has to leave the picturesque beaches of the Greek Mediterranean for the postcard views of Turn in Northern Italy where he’ll be getting paid $500,000/week.