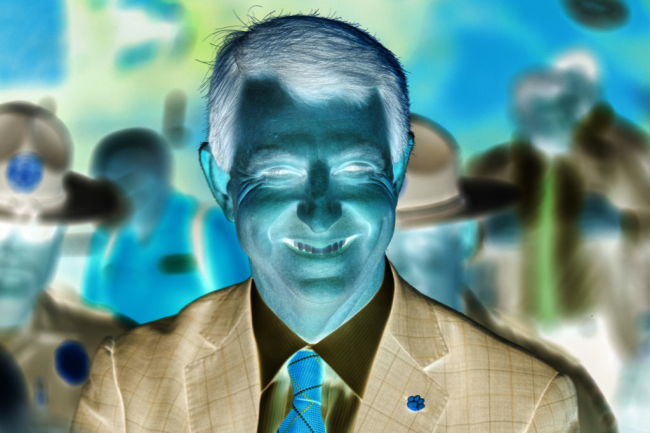 Clemson football has already lost three games this season. It is the first time that the Tigers have lost more than two games since 2014 and only the second time since Dabo Swinney’s third year with the program in 2011.

Less than 12 months removed from the Sugar Bowl, Clemson has not qualified for a bowl game through seven games and to do so would require beating UConn (an almost certainty) and one of Florida State, Louisville, Wake Forest or South Carolina. While winning two of the program’s five remaining games is likely, it is not a done deal.

For whatever reason, the Tigers just aren’t good this year. And it’s not for a lack of talent.

Seven of 11 players on offense are four or five-stars and the same goes for the defense. So what happened?! What went wrong?!

Well, Swinney says it’s entirely the players’ fault. He denied to take responsibility for the 4-3 record and said that his players need to “relearn how to win.”

He didn’t say that he has to reteach them how to win even though he’s the coach, and went on to say that they carry an entitled attitude, in so many words.

And yet, there seems to be one clear answer for their struggles and it’s all his fault.

After beating Notre Dame in the ACC Championship on December 19, 2020, the 51-year-old joined his team for a locker room celebration. From that postgame party, a video surfaced from then-Trevor Lawrence backup and current starting quarterback D.J. Uiagalelei.

It showed his head coach doing an extremely cringeworthy “dab” dance, before flipping the camera back to Uiagaleli who makes a “wtf” face.

Since that video, Clemson has lost four of its last eight games, dating back to last year’s Sugar Bowl loss to Ohio State.

Is there a correlation? Maybe not, but I wouldn’t want to be the one that denies what I am deeming the Dabo Dab Curse.

His team is talented, but they simply can’t seem to get it together. Thus, the only logical answer is that the recent losing ways (which has been so refreshing) stems back to Swinney’s ACC Championship celebration.