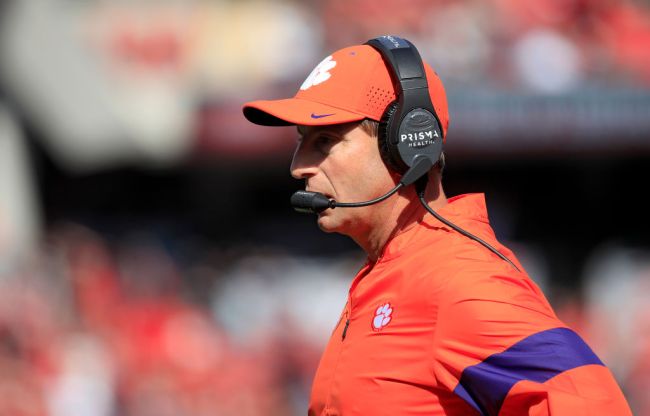 The six games are the only hold up when it comes to Ohio State. There is no denying that they are one of the best teams in the country, but their six-game resume is tough to compare to say an 8-1 Texas A&M team’s resume.

Clemson head coach Dabo Swinney made that same observation during an appearance on ‘The Rich Eisen Show.’ Swinney isn’t one to hold back when it comes to speaking his mind and to him, a team that has played almost double the amount of games Ohio State has should maybe get the nod for the Playoff over the Buckeyes.

Should a team playing half a normal college football season be eligible for the #CFBPlayoff?

Swinney tip-toed pretty well throughout the segment with Eisen, but it’s clear he doesn’t want to see a six-win Ohio State team make the Playoff.

If the season ended today, Alabama, Clemson, Notre Dame, and Ohio State would be the four teams to make the Playoff.