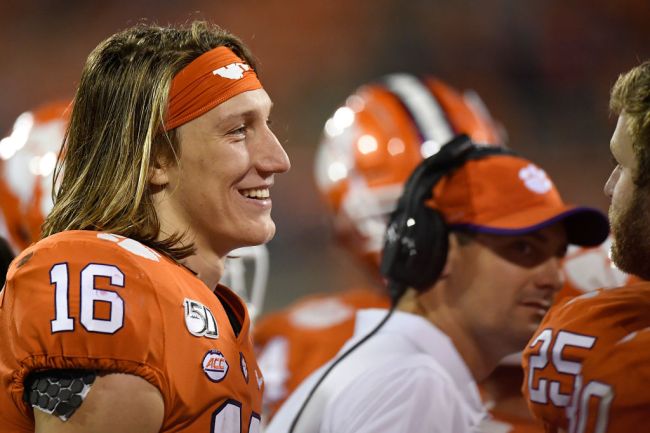 We’ve known that Trevor Lawrence was going to be the first-overall pick in the 2021 NFL Draft for years now and with the Jaguars bringing up the rear in the NFL last season, Jacksonville will be his new home.

One thing we don’t know, however, is how to manage expectations for Lawrence and the Jags next season. Jacksonville went just 1-15 a year ago, there’s nowhere to go but up this upcoming season, but what are the realistic expectations for the duo of a rookie quarterback and a coach with zero experience in the NFL?

Lawrence’s former head coach at Clemson, Dabo Swinney, seems to think that the Jags will exceed expectations this season and whatever win-total predictions are out there, Jacksonville will surpass them.

“I’m excited about it. I think Urban will do a great job with him,” Swinney said, according to Tigers Net. “They’ll put a good team, good staff around him. I don’t know what the predictions are for Jacksonville, how many games they’re going to win, but whatever the prediction is, they’ll exceed that, as long as he stays healthy. And that’s the other thing. He’s a guy that’s always available. And we all know as football coaches, the best ability is availability. And he’s been available.

It’s still a bit too early to really look at win total predictions, but most sportsbooks have the over/under for the Jaguars at 6.5 wins in the new-look 17-game regular season. I think if you’re a Jags fan you would gladly accept that number after last year’s disastrous campaign.

If Lawrence can stay healthy for the entire season, seeing Jacksonville win seven games wouldn’t be a surprise, but it also wouldn’t be a shocker to see the Jags struggle to get to five wins with so many new moving pieces in place.