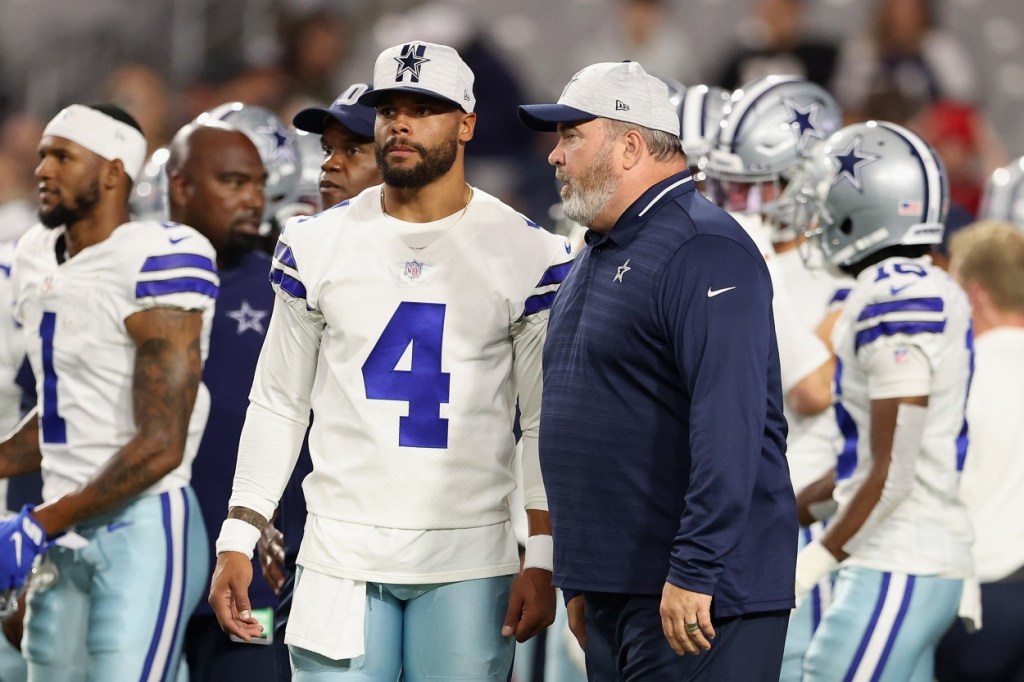 The Dallas Cowboys crushed their NFC East competition this season and finished 12-5. The only other team in the NFC East with a winning record was the Eagles (9-8) so it wasn’t as if they were presented with a ton of competition but they still entered the NFL playoffs with very high expectations and goals. Then Mike McCarthy and the Dallas Cowboys lost 23-17 to the San Francisco 49ers.

Jerry Jones and Dallas Cowboys fans are very demanding. A lot of the Cowboys Nation is still riding that Super Bowl high from the mid-1990s. But it’s been 27 years since Dem Boyz last won a Super Bowl and in that span the Cowboys have played just 15 NFL Playoffs games and they’ve lost 11 of those games. That’s not acceptable for such a proud fanbase and ownership.

After the 12-5 season and Wild Card loss to the 49ers, many suspected head coach Mike McCarthy would get fired and replaced. Not the case at all. Immediately after, Mike McCarthy didn’t sound worried at all about his job security. Jerry Jones did sound fed up but no changes were made.

Speaking with Jori Epstein of USAToday.com, Dak Prescott said this is the first time in his professional career that “this much has stayed the same” from season to season.

He added “Continuity, I think as much as it benefits me, it benefits just the offense in general and the team structure and culture. We were fortunate to get through the coaching changes keeping the OC and the DC. It brings a lot of excitement, I know, to the building.”

I think if you are in Dak Prescott’s shoes you have to be encouraged by the decision to bring back head coach Mike McCarthy, offensive coordinator Kellen Moore, and DC Dan Quinn. Even if you are still fuming from coming up short last season there won’t be a learning curve going into next season with the head coach or either of the coordinators. They know the playbook, they know where they made mistakes last season, and they can theoretically improve on last season’s 12-5 regular-season record.

How are Dallas Cowboys fans responding to the Dak Prescott comments?

Is this a Tim Tebow compliment or Dak Prescott diss?

They require comfort not continuity…. the exact opposite of what happens if Payton takes over. It's wanting the nurturing parent vs the disciplinarian. Results will be THE SAME..

Spend your time perfecting your craft! Recognising defences & coverage would be a good start!

If he is helping make team decisions, we are really screwed. He isn’t that great of a QB, sure shouldn’t have personnel influence

Dak Prescott’s career is still young. He’s been starting for the Cowboys for just six seasons and one of those was cut short due to injury. He bounced back last season. And Mike McCarthy is a Super Bowl champion. Coaches don’t win Super Bowls by accident. I think these two can flourish together with just a little bit more time, barring any unforeseen injury setbacks.