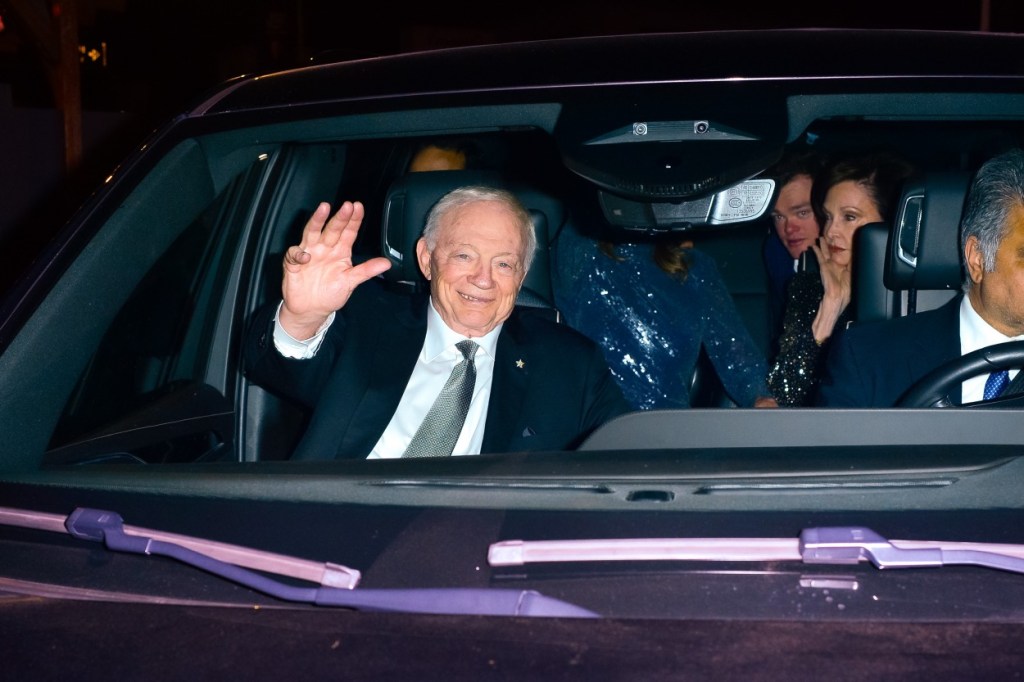 Dallas Cowboys Owner, President, and GM Jerry Jones has managed the team through a LOT of NFL Drafts. He’s owned the team for 33 years which means he’s personally overseen either 32 or 33 drafts in that time.

The Cowboys haven’t won a Super Bowl in 27 years so Jerry’s NFL Draft strategy and judgment could be questioned but I’ll leave that for the NFL Draft specialists. I’m here to talk about the moment with Jerry quickly flashed a piece of paper containing the Dallas Cowboys’ draft board at reporters.

It happened quickly and Jerry Jones got roasted by football fans for the move. But a grainy screenshot emerged from WFAA reporter Mike Leslie and that was then used by Jon Machota of The Athletic to decipher all but five names on the sheet. The names were for prospects with 1st and 2nd round grades, 14 First Round and 20 in the Second Round.

This Jerry Jones gaffe at the 2022 NFL Draft has turned into an incredible moment in Internet sleuthing. Here’s how it all went down.

Lol not for lack of trying… I legit went home and screencast our video of the presser from my laptop to my TV… this was all I got pic.twitter.com/rjVG093qAT

According to the report on The Athletic, these are 34 of those names that were on the Cowboys’ NFL Draft Board that Jerry Jones flashed at reporters.

Only 14 1st round grades. Smallest number in a while. With no elite QBs in this draft that makes sense.

All I had at my disposal was what a lot of people on twitter were doing — length of the name, and length of the college… and that can get you to Thibodeaux, Hutchinson, Neal fairly easily… but damn, y'all did some work, getting 34 of 'em. That's insane.

Is it wrong that Dallas having Kyler Gordon at 24 made me feel a bit better about the Bears getting him at 39?

Evidence the Cowboys had Jermaine Johnson #28 on their board. Jets had him top 8 https://t.co/XsCnflfLQk

Who Did Jerry Jones And The Dallas Cowboys Actually Pick In The Draft?

As you can plainly see above, the Dallas Cowboys drafted offensive lineman Tyler Smith with their 24th overall pick. Their NFL Draft sheet flashed by Jerry Jones shows that he was the team’s 16th overall rated player in the NFL Draft so if we believe the sheet, they got some value out of the pick. The Cowboys took Ole Miss DE Sam Williams with the 56th pick, and South Alabama WR Jalen Tolbert with the 88th pick.

Charean Williams at Pro Football Talk notes that Georgia safety Lewis Cine was the highest-rated available player on the team’s draft board when it was their turn to pick. But they passed on Cine and went with Tyler Smith instead. Part of me believes that if anyone asked Jerry why he’d give them a straight answer because he doesn’t seem to be playing 4D Chess at this point and is playing Checkers instead.